It is not uncommon these days to hear that somebody apparently very healthy dies suddenly, shocking the family and friends. Let us examine why people die suddenly and how can we prevent this.
Sudden death is defined as any death which occurs within one hour from the start of symptoms.

Most of sudden deaths are Cardiac in nature, wherein there are few non-Cardiac causes of sudden death like, severe bleeding in the brain, severe bleeding in the GIT, rupture of Aorta (largest vessel carrying pure blood from heart to various parts of body) after dissection (Sudden rupture of aorta or sudden rupture of aortic aneurysm (aneurysm is dilated part of Aorta due to weakening of its walls). In addition, there is another medical condition namely pulmonary embolism (Sudden occlusion of lungs artery due to big clot, usual source of these clots in the lungs are the one which moves from the legs or pelvic veins, and is called deep vein thrombosis.

As mentioned earlier, more than 90% of sudden deaths are Cardiac in nature and one of the major reason is dangerous (abnormal) rhythms arising from lower chambers of heart (Ventricles), called ventricular arrhythmias. Most common arrhythmias which can kill a patient are:

2. Ventricular Fibrillation- This leads to cardiac arrest, as there is just electrical activity in the ventricles but no mechanical activity & thus heart fails to pump blood to body & suddenly person collapses.

3. Sudden severe decrease in HR- only about 15% of sudden Cardiac deaths are due to bradycardia (slow heart rate) whereas 85% are due to Tachycardia (either ventricular tachycardia or ventricular fibrillation). 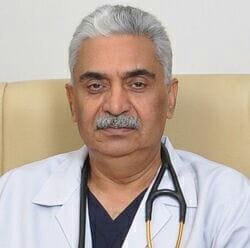