A partial lunar eclipse has been predicted on 16 and 17 July 2019. The Moon is supposed to be about half-covered by the Earth’s umbral shadow at maximum eclipse. This is known to be the last umbral lunar eclipse until May 2021.

Cultures across the globe has been fascinated by the lunar eclipse and its impacts. With several striking myths different people depict this event as a bad omen. A total lunar eclipse which is also referred to as the Blood moon occurs when the Moon turns red in colour. 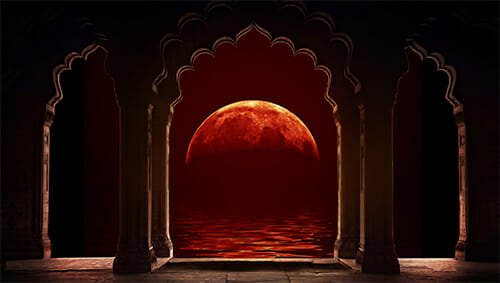 This phenomenon takes place when the three celestial bodies: The Sun, the Earth and the Moon fall in a line and plane and the shadow of the Earth falls on the Moon. Though a natural phenomenon, several myths are associated with this since ancient times. These myths are around its negative impacts around human body. Many such stories have been debunked as mere superstitions with the advancements in science and technology.

However, these beliefs of linking the eclipse with dark or evil got considered as mere superstitions but this physical phenomenon involving eclipse and the three celestial bodies has now been thought to have some impact on human health. India is a place where pregnant women specifically are warned against eating or carrying out any household work in order to protect their unborn child.

The Tidal Effect: This theory suggests that since the Moon is the cause for the tides in the oceans due to its gravitational pull. Similar effect can be felt in our bodies also, considering the fact that even our bodies consist of around 60% water. The impact can be even more if the lunar eclipse coincides with a blue moon (second full moon in a calendar month) and a supermoon (the moon at its perigee or rather in a position nearest to the Earth). This can be in the form of fluctuations in blood pressure and pulse rate. Since our body is not as large as a planet the changes are not noticeable. Though no such scientific study exists which can prove that a human being can undergo harmful physiological or psychological changes due to exposure in the lunar eclipse.