mfine, a health-tech AI startup, announced the appointment of N S Viswanathan as the company’s Chief Financial Officer with immediate effect. In this new role, Vishwanathan will be heading the finance function and will also be driving the company’s strategic initiatives while also being a part of the company’s leadership team.  He will play an important role in expanding hospital network of mfine and introducing new healthcare services and products in partnership with the hospitals across the country.

N S Viswanathan has over twenty five years of financial experience with some of the most recognizable in the healthcare sector. He has been a key member to drive the finance strategy for high-growth companies, doing fund-raise both Public & Private and Debt across Banks and NBFCs. Most recently, Vishwanathan served as the CFO for CARE group of Hospitals and then as a Financial Advisor and CFO for Sunshine Hospitals, Hyderabad. Prior to that, he spent five years leading the accounting and finance team of GVK Biosciences, a contract research services company and then as a CFO for Neuland Laboratories, an API manufacturing service provider, and bulk drug manufacturing company. 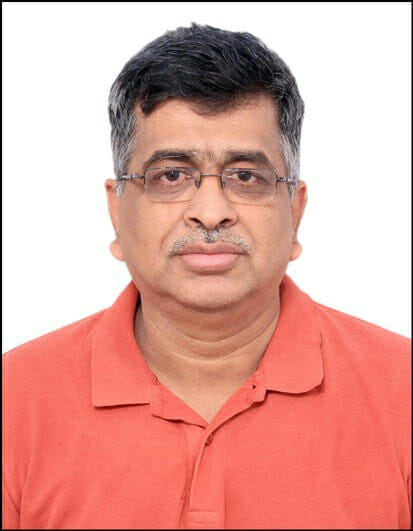 The appointment comes at a time when mfine is rapidly growing its hospital network across the country, and building its AI technology. It is also expanding on the additional services which include delivering medicines, conducting preventive health screenings and diagnostic tests. The company is hiring extensively across all job profiles to solidify its leadership position in delivering an AI-driven, on-demand healthcare service across India. In the last 6 months, the company has grown from 100 employees to 275 employees and will be tripling its investments in AI, mobile engineering and in-house Doctors. Recently, mfine raised $17.2 Million in Series B and aims to be one of the largest virtual hospitals in the world with services across primary care, secondary care and chronic care management. In the next 12 months, mfine will bring together India’s top 250 hospitals, from 10 cities with more than 2500 doctors onto its virtual hospital platform.

Over 100,000 customers have consulted on mfine in the last 15 months and customer base is growing30% month over month. More than 500 MD/MS doctors, including some of India’s top doctors from over 150 reputed hospitals practice across 25 specialties on mfine. Collectively they have been able to expand their reach beyond the physical boundaries of the cities and have served over 800 towns in India. mfine follows a unique model of partnering with leading and trusted hospitals instead of aggregating individual doctors on its platform. Specialist Doctors from these hospitals are assisted by mfine’s AI system, improving their efficiency & effectiveness dramatically. mfine’s care team of more than 60 in-house doctors are working alongside the AI system offering best possible diagnosis and care. The AI engine has the ability to diagnose and triage over 1200 common diseases, read hundreds of health parameters in the diagnostic reports thus saving significant time for the doctors.

mfine was founded in February 2017 by Ashutosh Lawania (Myntra co-founder) and Prasad Kompalli, a former business head at Myntra. The founders were later joined by Ajit Narayanan, ex-Myntra CTO,Arjun Choudhary, ex-Myntra head of growth marketing. The Health-tech startup has raised over $24 million to date and has over 275 employees in Bengaluru & Hyderabad.