Artificial Intelligence (AI) applications in healthcare hold the promise of affordable healthcare, effective clinical trials, improved success rates, and improved quality of life. While most of us, in the form of Alexa, Siri, or self-driving cars, are familiar with AI, we now slowly understand the potential of AI’s clinical applications. 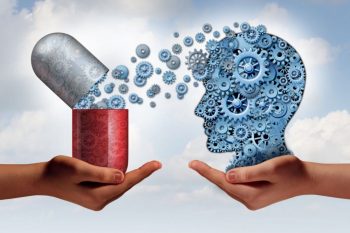 The current clinical trial format takes decades of research, costing billions of dollars. According to the California Biomedical Research Association, “Only five out of 5,000 of the drugs that begin preclinical testing are ever approved for human use and only one out of these five is ever approved.” Using AI in drug discovery can help pharmaceutical firms streamline drug discovery and drug repurposition. Many pharmaceutical giants, including Pfizer, Sanofi and Genetech, are now partnering with AI service providers, respectively IBM Watson, Exscientia’s artificial intelligence and GNS Healthcare, to drive their drug discovery oncology programs. AI can identify previously unknown causes of various diseases and enable higher accuracy and reproducibility testing of more compounds. Using AI for drug discovery would allow us to get rid of the traditional approach to trial and error and embrace a more patient-driven biology using more predictive hypotheses derived from data.

In 2016, a drug development company called Atomwise used AI to analyze if existing medicines could be redesigned to target the Ebola virus. An analysis that the conventional means would normally have taken months or years was accomplished in a single day, resulting in two potential hits. While in modern drug research and development (R&D) the techniques of modeling in silico are becoming more important, they are far from replacing the standard R&D productivity of the pharmaceutical industry.

Keep watching this space to know more about such interesting developments in medical technology.