Thanks to CRISPR-Cas9, genetic engineering is on the cusp of transformational change. Created by co-inventor Jennifer Doudna, a molecular biologist at the University of California-Berkeley, CRISPR-Cas9 is a genome-editing tool that came to the forefront in 2012. It allows scientists to alter the DNA of different organisms with high speed and precision (until just recently, engineering genes was a time-consuming and laborious procedure that often ended in failure). 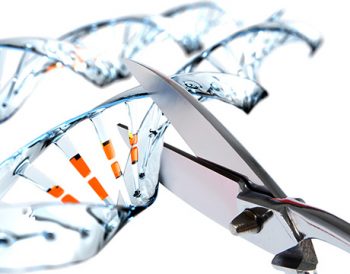 Below are some of the ways that CRISPR will likely impact the world:

Remove malaria from mosquitos – By deleting a segment of mosquito DNA, scientists have created mosquitoes that are resistant to malaria. The modified mosquitos pass on the resistance genes to 99 percent of their offspring, even when they mated with normal mosquitos.

Treating Alzheimer’s disease – CRISPR-based platforms are helping to identify the genes that control the cellular processes leading to neurodegenerative diseases like Alzheimer’s and Parkinson’s, hopefully leading to new treatments.

Treating HIV – We know that the HIV virus inserts its DNA into the cells of the human host. What’s remarkable is that CRISPR has been successful in removing the virus’s DNA from the patient’s genome. Other genetic sequences likely to be found may eliminate HIV, herpes, hepatitis, and other dangerous viruses.

Keep watching this space for more.