As per a fresh RTI data, the Medical Council of India (MCI) issued 3,386 more eligibility certificates to foreign medical aspirants looking to enroll in an overseas medical university in the year 2018. 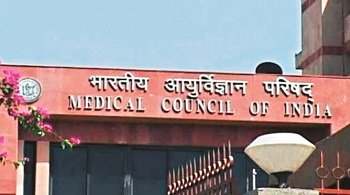 “As per the recent data, nearly two lakh more candidates are going to take the NEET exam in 2019, a growth of 14.4% from last year. The entrance test for MBBS/ BDS aspirants saw registrations soar to a record 15.19 lakh candidates as against 13.26 lakh. The number of students has increased but the number of seats remain the same leading to tougher competition. It is for sure that students who will not secure a Government seat are likely to go to foreign medical colleges owing to lower fees, good quality education and better opportunities,” said the President & Founder of MCI recognized, Caribbean based medical college, Texila American University, Saju Bhaskar.

The mandate of getting an eligibility certificate to study medicine abroad came into force only from January 2014. The notification stated that Indian national/ overseas citizen of India who has taken admission in a medical university/ institution outside the country on or after January 4, 2015.