“Know your status” was the theme of the 30th anniversary of the World Aid’s Day that is celebrate. We have made significant progress since 1988, and now three in four person’s living with HIV know their status. However, like any other ailment, we have a long way to go in reaching out to people who are living with HIV but do not know their status and ensuring that they have access to quality care and preventive services. 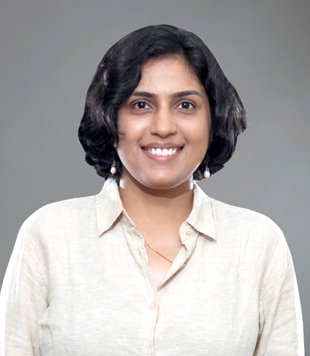 HIV testing is pivotal in ensuring that the ailment is detected early and the persons infected with the virus can have longer, productive lives. However, in view of stigma and discrimination associated with the disease, many individuals do not opt for testing. This leads to late diagnosis and poor health. The good news that there are several centres for self-testing at the community level and this reach has helped individuals get themselves tested.

As per statistics from the Joint United Nations Programme on HIV/AIDS (UNAIDS), 36.9 million people globally were living with HIV in year 2017. 21.7 million people had access to antiretroviral therapy in 2017, 1.8 million people were newly infected persons with HIV in 2017 and 9,40,000 people died due to AIDS-related illnesses in year 2017 globally. The data also highlights that new HIV infections in India have decreased by 46% and AIDS-related deaths have decreased by 22% since 2010. The HIV prevalence in adult population is estimated at 0.26%. India has an estimated 2.1 million people living with HIV.

HIV stands for Human Immunodeficiency Virus, which is a virus that causes HIV infection. The virus attacks and destroys the cells responsible for protecting humans from infection. The loss of these infection-protecting cells called CD 4 cells leads to increased susceptibility to infection. Without timely intervention, the HIV infection can progress to AIDS. Hence, it is important to seek early diagnosis and treatment. The spread of the virus is through contact with certain body fluids from a person infected with HIV. These body fluids include blood, semen, vaginal fluids, pre-seminal fluids and breast milk. HIV may spread from infected mother to her child during pregnancy, childbirth or breastfeeding. However, timely medical intervention can arrest mother to child transmission of the HIV infection.

There are certain myths associated with the infection. HIV is NOT spread through kissing, hugging, sharing food, insect bites, toilet seats, bathing, sweats, cold and coughs. The signs and symptoms of HIV infection depends on stage of the disease. It may range from painful swallowing, fatigue, loss of appetite, body aches, night sweats, vomiting, diarrhea, abdominal pain, loss of weight, mouth ulcers, skin rashes and lymph node enlargement. There are excellent medications called antiretroviral medications that can control the virus replication. However, at the moment there is NO cure for the infection. Detection of HIV infection early has a positive effect in preventing the progression of the disease. It is important that we reduce the stigma associated with the infection so that individuals may come forward for early testing and gain maximum benefit.