We are just 4 months short of 2019 and it’s probably a good time to summarize some of the most innovative medical devices of the year gone by. Let’s take a brief look at some of them. 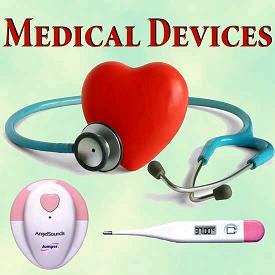 Developed by Koning, the KBCT is a breast imaging device which offers high-contrast, real 3D images of the breast with spatial resolution and no painful compression in a 10-second exposure with radiation levels that are the same as normal mammograms. Featuring isotropic images in a 3D display, the real 3D image allows clinicians to evaluate tissue from any angle while eliminating overlapping structures. KBCT’s 3D scan is non-contrast, contrast-enhanced and shows blood vessels and calcifications.

Medtronic’s implantable system for Remodulin is designed to treat patients who have pulmonary arterial hypertension. The system features the company’s SynchroMed II implantable drug infusion pump with a newly developed intravascular catheter that delivers Remodulin intravenously to patients who have previously received the drug through an external infusion pump. Medtronic announced on July 31 that the system received FDA approval.

Abilify MyCite is a prescription medication developed by Otsuka Pharmaceuticals. It has a sensor inside it designed to treat a number of conditions, including schizophrenia, bipolar I disorder and major depression disorder. The Abilify MyCite system tracks if the medication has been taken. While the ingestions can be detected with 30 minutes usually, it could take up to two hours for a smartphone app or web portal to detect if the medication has been taken.