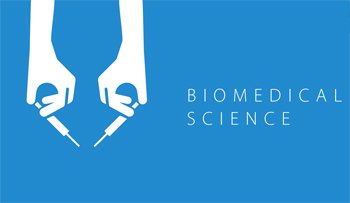 Healthcare is not only about medical education or the creation of doctors; there are other components to it, which also needs the government’s attention and focus. Like the council for medical education, there are separate councils for dentistry, nursing, pharmacy and traditional Indian medicines. There are several other branches associated with the healthcare, whose professionals include physiotherapists, optometrists, laboratory technicians, imaging technologists etc, who have no such councils. Some states have their own councils but the center hasn’t framed one yet. The bill “Allied and Healthcare Professional’s Central Council” drafted in 2015 is in the cold storage. Health is a state subject, it is the responsibility of the government to ensure high standards and good quality in all aspects of the healthcare. The central government has passed the Clinical Establishments Act  (CEA) to regulate all institutions that offer healthcare; however, it is subjected to the adoption by the states.

Lost in the conundrum and din of medical education and the clinical establishments, a vital component of healthcare- the biomedical scientists have been largely ignored. Not much is known about them or there are misconceptions floating around. These are the persons with Medical Master of Science (M.Sc) degree obtained in the medical colleges and awarded by the health universities under the faculty of medicine. Along with all the medical courses, Medical M.Sc courses also feature in the first schedule of the Indian Medical Council Act, 1956. Many of these biomedical scientists hold Ph.D as well.

Owing to the critical shortage of teachers in the non-clinical subjects of the MBBS course, medical M.Sc postgraduate courses were thrown open to the non-doctors. Graduates with B.Sc in any branch of life sciences could enroll in these three-year courses. At some point in time, more than 90 medical colleges in India conducted these courses, many of which have stopped now. The MCI, which used to sanction permission to run these courses in the medical colleges, stopped this practice. The process of enrolling persons with these degrees in the medical council’s register too stopped. Essentially, MCI washed its hands off completely from this course. With none to regulate them, the onus was on the respective universities, which resulted in variations in the conduct of these courses. However, in principle, the curriculum and syllabus of the Medical M.Sc course in the pre-clinical subjects (Anatomy, Biochemistry &amp; Physiology) and para-clinical subjects (Pharmacology &amp; Microbiology) are mostly similar to those of M.D degree in these specialties.

The two courses often run parallel to each other in the same department using the same set of teachers, laboratories, and resources. Like their counterparts pursuing MD courses, students of the medical M.Sc courses too undertake seminars, journal presentations, dissertations, case discussions, etc during their training period. The first year of these courses is similar to the syllabus of the first year MBBS, so that people from non-medical background understand the basic structure and functioning of the human body. Depending on the policies of the individual institution, they are also exposed to the central diagnostic laboratory, hospitals, and the teaching modalities. In the diagnostic specialties of Biochemistry and Microbiology, the principles of diseases processes, methods of diagnosing them with laboratory tests, principles and procedures, quality control and interpretation of laboratory reports are an integral part of the syllabus. Students of these courses undergo an examination pattern similar to that of MD courses and are examined by Professors of the medical colleges. Persons with medical M.Sc degree are deemed qualified to undertake the roles of teachers in non-clinical subjects, consultants in diagnostic laboratories and scientists in research institutions.

Following the recommendations in the report of the Health Survey and Planning Committee of 1961, chaired by Dr.A.LMudaliar, the then V-C of Madras University, biomedical scientists with medical M.Sc degree were appointed as teachers in these five non-clinical subjects. As per the MCI’s Teachers’ Eligibility and Qualification (TEQ) guidelines, these so-called ‘non-medical’ persons can be appointed to the extent of 30% (50% in Biochemistry) of the permitted faculty strength in the medical colleges. With a Ph.D in their specialty, they can be promoted up to the post of Professor. Until 1998, these non-medical teachers could be appointed as Head of the Department (HOD), but not anymore. In the last 5-10 years, there has been a surge in the number of MBBS graduates taking up MD in these non-clinical subjects, resulting in the competition for the teaching jobs. Ever since the MCI reduced the teacher-student ratio, the job opportunities have decreased drastically. Non-medical teachers who upheld education for the last five decades are now not only unwanted but also deemed unsuitable. Massive propaganda and lobbying have made the MCI suggest the reduction in the intake of non-medical teachers to 15% (25% in Biochemistry) and stop it after three years. Non-medical teachers are alarmed. Not only it will deny opportunities to those who are pursuing the course but will also eventually affect those in service.  When the eligibility is removed, it would become easier to harass the employees or even terminate them.

All these years, persons with medical M.Sc in Biochemistry and Microbiology have been working as consultants in the clinical diagnostic laboratories. In the medical colleges, where they are working as Professors, they have trained the MD students in the principle and practices of laboratory diagnostics. These biomedical scientists have been working as biochemists or microbiologists in government laboratories. National Accreditation Board for Testing and Calibration Laboratories (NABL), a premier agency dealing with the accreditation of laboratories has recognized these courses for their role in diagnostics, including signatory roles. Although MCI had accepted the recommendation of its own ethics committee in 2005 recognizing medical M.Sc as a qualifying degree to sign laboratory reports, it took a U-turn in 2017. The competition of jobs in the diagnostics has led to massive lobbying with the government and the MCI. In the guidelines on diagnostic laboratories under the CEA, medical M.Sc qualification finds no place. The MCI and the health ministry connived to exclude medical M.Sc holders as consultants. Aggrieved over the injustice, the biomedical scientists have approached the court.

The other option available to these biomedical scientists is to work as scientists in research institutions. Those run of the central/state governments and by the private organizations are far too less. Other options such as quality control officers or microbiologists in pharmaceutical industries too are few. Genuine research in most medical colleges are scarce; govt. colleges lack funds and private institutions don’t want to invest in research. The research grants provided by the government or universities are few and competitive and are open to all.

While the government seems to be promoting skill India, the trained and skilled biomedical scientists are being denied opportunities in their area of specialty just to accommodate one profession. Unlawful exclusion of the degree from the first schedule and subsequent denial of opportunities have pained the community of biomedical scientists a lot. There is no official record of the number of biomedical scientists with medical M.Sc produced to date. It would do them a lot good if the degree is brought back into the ambit of MCI (or the forthcoming NMC). The inclusion of this degree in the allied and healthcare professionals council would be unjustified as the health ministry has clarified that medical M.Sc courses don’t come under the allied or paramedical health profession. Creation of a council exclusively for the biomedical scientists would be worthwhile. This council would not only regulate the course but also register the persons with medical M.Sc/Ph.D degrees.

The honorable Delhi High court had ruled that laboratory reports are technical reports, not medical reports, therefore biomedical scientists are eligible to sign them. The health ministry must exhibit magnanimity and permit them to render their services as consultants and sign laboratory reports. MCI, which is on the verge of extinction must not be permitted to make major policy changes by the ministry.

India’s contribution to research in the basic medical sciences is abysmal. The government must formulate a policy to engage these scientists and provide the necessary funds and ecosystem for research to thrive. It is time ripe for the policymakers in the government (health ministry and NITI Ayog) to constitute a committee and look into the genuine grievances of our biomedical scientists. The government has to take a call on the utility of these courses and that of the scientists. It must address the present and future of our scientists. If India were to rise in the quality of its healthcare, medical education or research, there must be a shift from dependence on academic qualification to competence. The mere presence of a certain academic degree is no guarantee of competence and its absence isn’t an indicator of incompetence. The policies must be based on training and certification. No single profession can claim monopoly; it is only when the diverse fields come together that the society benefits, which deserves to get the best of all. The concerned ministries and the departments have to come together and sort it out. The need of the hour is to be inclusive. It is time to end the policy paralysis. It is time to raise our biomedical scientists.