Chatbots are being embraced by the healthcare industry and are in the early stages of implementation in most of the applications. As per Grand View Research’s results, the global chatbot market is estimated to reach $1.23 billion by 2025. These are the chatbots applications currently ruling the race. 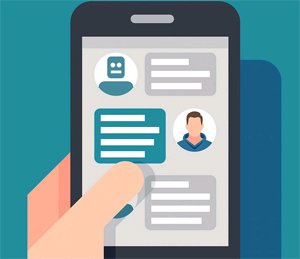 As per Your.MD’s claims, it uses AI and machine learning to provide personalized health information and relevant products and services. Founded in 2012 and headquartered in London, it currently has 49 employees including an AI engineer and has raised $17.3 million of funds. Though its total number of users is not public knowledge yet, it has been installed by between 1 million and 5 million devices. The UK National Health Service is one of its content partners which involve access to NHS services.

As per Sensely’s claims, its Virtual Medical Assistant avatar integrates AI to recommend diagnoses based on patient symptoms using a smartphone. Founded in 2013 and headquartered in San Francisco, it currently has 20 professionals listed as employees and has raised $11.8 million of funds. Google Play suggests the app has been installed by between 50,000 and 100,000 devices. The company announced a collaboration with Mayo Clinic in 2017, the results of which aren’t public knowledge yet.

Providing users with access to validated medical information on-demand, and recommending diagnoses at the first sign of illness, chatbots in the healthcare space have the potential to expand patient care continuity. The trend is only estimated to see an upward growth from here. Keep watching this space for more such chatbots applications in the market.