The big concern around Parkinson’s is not how prevalent it is, but how unaware patients and families are about this incurable, degenerative condition. 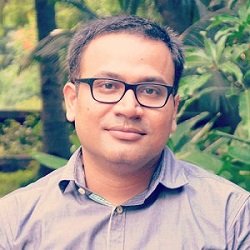 Ever since the legendary boxer Muhammad Ali passed away in June, 2016, after a three-decades-long battle with Parkinson’s, the disease has made significant progress in getting recognized, diagnosed, and managed.

Incidence rates of Parkinson’s Disease (PD) are hard to estimate, but we estimate that Mumbai has somewhere between 30-50,000 geriatric patients suffering from Parkinson’s. The number will likely be similar in other major cities.

Another surprising realization is that younger patients are being diagnosed with the disease. About 10% of the Parkinson’s patients we have worked with, were in their 40’s or 50’s. This number is almost certainly higher for us than in the general population, since young patients are more likely to receive professional care than the really aged.

Similarly, men are more likely to get quality care than women. In fact, we have helped twice as many male patients as female patients. In our geriatric pool (patients more than 60 years of age), 5.6% of the male and 3% of the female patients reported PD. This is much higher than the usual incidence rate of PD in the general population.

This is because Parkinson’s patients and their families see tremendous improvement in quality of life when they are receiving continuous at-home care.

For example, one of the most troublesome aspects of worsening inability of the patient is to feed himself. A professional caregiver ensures that the patient is taking timely and adequate meals.

The other important aspect is exercising. One of the most effective ways of arresting the disease is continuous exercise. A good physiotherapist, along with dedicated caregivers, and of course the love of the family, go a long way in keeping Parkinson’s in check.

And that’s the key thing – Parkinson’s might be incurable, but it is not unbeatable. If diagnosed early, and with proper care, a Parkinson’s patient can add not just years to their lives, but life to their years.