Last week, Prime Minister Narendra Modi launched a campaign to eradicate tuberculosis from India by 2025, five years ahead of the global deadline of 2030. The Government of India has increased its focus on creating awareness on TB and ways to prevent it while eliminating the stigma attached to it. This is an important initiative, given that India accounts for about 25% of the global TB burden. Globally, India is the count 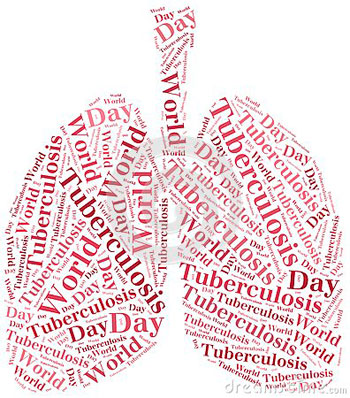 ry with the highest burden of both TB and multi-drug-resistant TB. The global TB report by World Health Organization in 2017 estimated that in 2016 an estimated 28 lakh cases occurred, of which 4.5 lakh people died due to TB.

Recently our Prime Minister announced he setting up of an Indian TB Research Consortium focusing on innovation and technology to produce better drugs; however, the exact nature of this innovation is not yet clear. India would do well not to repeat  mistakes of the past by following the tired path of animal experimentation, but instead take clues from rest of the world in making a paradigm shift in medical research through modern, human-specific techniques as alternatives to animal models. In the case of TB, 3D cell culture known as lung organoids are a promising new approach.

From zebrafish to non-human primates, so-called “animal models” have been used in TB research for years. However, mice are by far the species most commonly used, even though mice are highly resistant to TB, and one would not find a mouse with TB infection. In contrast, while non-human primates are more biologically similar to humans than mice, use of these animals raises a host of other ethical, economic and practical problems. In fact, irrespective of the species used, translation of animal-based research on TB and other human diseases has in general been poor.

A recent review of experimental studies undertaken in TB research, published in the journal PLOS Pathogens has detailed the failure of animal models and recommended the need and use of human cell-based models for TB research while reducing the dependency on animal-based research. This study further states that the 3D cell model of the lung reiterates important features of the human lung such as heterogeneous cell composition, spatial organization, and retention of a stem cell population. Through human lung organoids, one could investigate cellular and molecular pathways implicated in lung development and lung diseases. The organoid model could also act as screening platforms for drugs directed at other respiratory diseases too.

The review also compares the animal model to lung organoids and finds that the lung organoids overcomes the problems arising from species differentiation, a point of contention in all animal-based research and its failures. The inclusion of very early time points difficult to follow in infected animals, whilst at the same time reducing the use of animals in research, is an added advantage of using these cell systems. While the lung organoid is in an early stage, it holds great promise. The development of technology from an organoid to a “lung in a dish” model could be long but with advances in tissue engineering, it could answer long standing questions and put us in a position to effectively eradicate TB.

A developing country like India, inviting investment of the world into the country for various sectors, should take a leap and invest in the technology and science of the 21st century instead of choosing the 20th century safe but ineffective way. With leaning innovation economies making unprecedented investments in human-specific, non-animal approaches to biomedical research and safety testing (global market for in vitro assays in drug discovery, safety, and toxicology is predicted to reach $21.6 billion USD by 2018) and India wanting to focus on innovation and “Make in India”, the time is ripe for India to tackle TB the 21st century way—a 2.0 version with rapid, more relevant, human-based research which gives unique solutions to our unique problems and makes us more humane on the way.