Philanthropist Michael Bloomberg announced today that he will spend USD 20 million (16.13 million euros) to launch a watchdog to detect and expose deceptive practices by the tobacco industry. The news was reported in AFP. 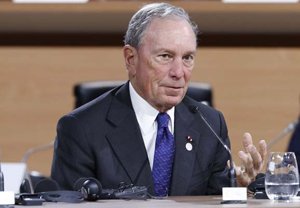 The monitor, to be called Stopping Tobacco Organizations and Products (STOP), will seek to counter the industry’s influence by publishing reports detailing pro-smoking activities and tactics.

It will also support non-profit organisations and government to resist interference from the tobacco industry.

“Over the last decade tobacco control measures have saved nearly 35 million lives, but as more cities and countries take action, the tobacco industry is pushing to find new users, particularly among young people,” said Bloomberg, an ambassador for the World Health Organization (WHO) on non-communicable diseases.

“We cannot stand by as the industry misleads the public in an effort to get more people hooked on its products — and this global watchdog will help us hold the industry accountable.”

Bloomberg’s charitable giving organisation, Bloomberg Philanthropies, accuses the tobacco industry of seeking to legitimise itself in the eyes of policy makers, of marketing to children, and pushing cigarette alternatives for which the health case remains inconclusive.

Bloomberg, who made his fortune selling financial data, has given more than a billion dollars since 2007 to curb global tobacco use, which claims nearly seven million lives every year.

Research on the tobacco industry, published in peer-reviewed journals, has portrayed a decades-long strategy to defend the industry against health campaigners.

Investigators say tactics have included casting doubt on the scientific evidence of the perils of smoking, promoting brands through product placement in movies and aggressively marketing tobacco in low- and middle-income countries where smoking laws are weak.