A 45yr old woman, working with the Income Tax Department, was on her way to work on a Friday morning. While waiting to board the train at the railway station, she started experiencing pain in her back and chest, and was sweating profusely. She immediately called her family physician to seek an appointment to visit his clinic. An ECG was conducted, it revealed that she was experiencing a massive heart attack. She was immediately rushed to the Emergency Department at Fortis Hospital, Mulund;but she became unresponsive in the car on their way to the hospital. 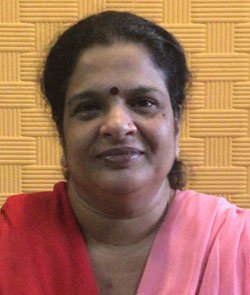 She was brought to Emergency Department while in the state of cardiac arrest. A team of doctors led by Dr Sandeep Gore, Head of Emergency Medicine, Fortis Hospital, Mulund, immediately began administering Cardiopulmonary Resuscitation(CPR) on the this patient. Chest compressions were initiated and the patient was then intubated with ongoing CPR; necessary life-saving drugs were also administered. At intervals, the patient was administered shocks under continuous CPR assessment; it was after a duration of 60mins that the doctors were able to revive her. She was then moved to the CathLab where a Primary Angioplasty was conducted by Dr Hasmukh Ravat, Senior Interventional Cardiologist at the hospital.

It is understood that if the patient gets revived after prolonged CPR of 30mins,their neurological outcome is poor. Generally, patients do not have positive neurological impact after such a prolonged CPR episode, which is given only for a few minutes, but in this case, the patient beat all odds. Good clinical acumen and timely intervention, was the key to her survival. Doctors at the hospital concluded that there was no neurological deficit; it was noted that the patient responded positively to treatment and was discharged within 7 days, she is now recuperating well.

Speaking about the case,Dr Sandeep Gore, Head of Emergency Department, Fortis Hospital, Mulund,said, “This case is a classic example to establish that chest and back pain should not be taken lightly; it is important that one gets evaluated in a timely manner to understand the root cause. In this case, CPR was given for more than 60mins, which is exemplary; the patient has done well and has been discharged with no neurological deficit.Timely medical intervention and clinical acumen are the key to having positive outcomes in such cases”.

Talking about the procedure the patient’s husband Mr. Bipin Ramakrishnan, who witnessed theCPR being administered to his wife, said,“We were under immense stress; we were just 500mts away from the hospital and my wife collapsed, the image will haunt me forever. I witnessed the whole procedure, seeing my wife being revived by the doctors was nothing short of a miracle. We are thankful ofemergency teamwho gave Vinita new life. She is resting now and will soon resume work.”

Patient Mrs.Vinita Bipin speaking about her experience at the hospital said, “God sent these doctors as our saviors. It does not seem like I have undergone a cardiac arrest, as life is back to normal for me. I feel stronger now and I should be getting back to work soon”.