Ill-effects of high levels of air pollution on the circulatory and respiratory systems are well known, but a series of independent studies have established a link between air pollution and sustained loss of bone minerals, resulting in osteoporosis. 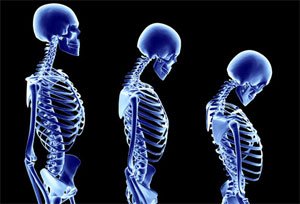 According to (Prof.) Dr. Raju Vaishya, Senior Orthopaedic & Joint Replacement Surgeon at Indraprastha Apollo Hospitals, New Delhi and President of Arthritis Care Foundation, several studies have indicated that air pollution induces systemic as well as tissue-specific inflammation. Chronic inflammatory diseases such as rheumatoid arthritis and chronic obstructive pulmonary disease reduce bone mineral density (BMD), leading to increased release of immune cells from the bone marrow. Many studies suggested that CO and NO2 exposure is associated with an increased risk of osteoporosis in general pollution. Some studies in recent years have highlighted that air pollution does not just impact the respiratory system but can have lasting effects on other systems of the body as well. Exposure to air pollution contributes to cardiovascular illness.

Growing crisis of pollution has attracted the attention of policy and lawmakers and the general public at large in India. According to a report by the Lancet Commission on Pollution and Health, released October 19, India tops the world in pollution-related deaths, accounting for 2.5 million of the total 9 million worldwide in 2015.

Several studies have suggested that exposure to air pollution also causes systemic inflammation and chronic inflammatory diseases such as rheumatoid arthritis. At the same time, a series of independent studies in different parts of the world have also succeeded in establishing a link between air pollution and sustained loss of bone minerals, resulting in osteoporosis.

Dr. Raju Vaishya said that more rampant in women than in men, osteoporosis or brittle bone disease is estimated to affect 200 million women worldwide. A 10% loss of bone mass in the vertebrae can double the risk of vertebral fractures, and similarly, a 10% loss of bone mass in the hip can result in 2.5 times higher risk of hip fracture. The figures reveal that osteoporosis is a widely prevalent condition with a massive health burden across the world. Clinical evidence suggests that osteoporosis is rampant in India. In fact, over the past two decades, we have witnessed a downward shift in average age of patients been diagnosed with osteopenia and osteoporosis – the progressive manifestations of brittle bones.

How are bones affected?

Dr. Raju Vaishya said that the relationship between air pollution and bone health is complex and multi-pronged. We know reasonably well that tobacco smoke directly induces systemic damage in the body that interferes with absorption of bone minerals and causes low bone density as a result. At the same time, patients with chronic obstructive pulmonary disease (COPD) are seen to have a high risk of developing osteopenia and osteoporosis. Air pollution, on the one hand, is believed to induce tobacco smoke-like changes in the body; on the other hand, it also causes chronic obstructive pulmonary disease which leads to reduced lung function. Compromised lung function is associated with increased levels of systemic inflammation which is yet another risk factor for osteoporosis.

Another explanation derives from how the prevalence of pollutant particles in the environment obstruct a significant amount of UV radiation from reaching the earth’s surface. Now, the synthesis of vitamin D in the human body takes place when the skin is exposed to UV radiation. Vitamin D controls calcium levels in the blood and helps maintain healthy bones, muscles, and teeth while also regulating other aspects of general health. When the human body is not exposed to sufficient UV radiation, vitamin D deficiency is a natural consequence. This deficiency serves as a primary cause of body’s inability to absorb sufficient calcium and a resultant low bone mineral density.