A group of ten young children from Uganda – including one boy and nine girls – suffering from congenital heart disease have successfully undergone open-heart surgery at Amrita Institute of Medical Sciences (Amrita Hospital) and are ready to return home next week, all hale and hearty. The patients have been brought to India under Rotary International’s ‘Gift of Life’ program which provides free treatment to child heart patients from economically disadvantaged families in low and middle income countries from around the world. 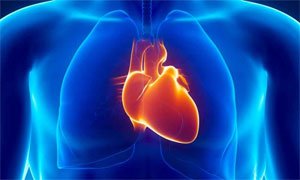 The children, including two infants aged 6 and 9 months, were previously screened by pediatric cardiologists from Children’s National Hospital, Washington DC, USA, and identified as suitable candidates for surgery. When the mother of nine-month-old Beth Amutuhaire, struggling for life due to a critical congenital heart disease, was approached by Rotary International in Uganda offering free open-heart surgery in India, she refused initially, as she had already been cheated twice of her hard-earned money due to false promises. The parents of two-year-old Atoo Rescurter were fighting against social prejudices of their own community elders, who were asking them to leave the child to her fate to suffer. Similar was the case of six-year-old Benson Muheki whose parents were told that her heart problem could never be fixed.

Said Dr. AC Peter, National Coordinator, Gift of Life (India), Rotary International: “Facilities for critical open-heart surgery for young children are almost non-existent in Africa. The parents of these 10 children, with almost the same stories and speaking different dialects from various regions of Uganda, were persuaded by Rotary International to travel to Kochi for surgery. The patients would all have perished within a few years had this opportunity of free open-heart surgery was not offered to them. Their parents were heart-broken and had lost all hope.” The Rotary Club, Cochin Knights, came forward to coordinate the project locally, in partnership with the Piravom Pampakuda River Valley Club. Vipin Nadakkal and his team received the children and parents at midnight at the Kochi international airport and escorted them to Amrita Hospital.

Said Dr. PK Brijesh, the heart surgeon from Amrita Institute of Medical Sciences who performed the surgeries: “While the parents were expecting only cardiac surgery, we at Amrita Hospital went a step further and treated many children for other ailments too while rectifying their congenital heart disease. We realized that the patients will not get a second chance to visit a hospital and no one will treat them for those problems, if we did not do so at present. So not only was eye-sight restored for the two-year-old Christine Namalwa, but Mariam Biira was also cured of a condition called Exomphalos in which the bowel and liver protrude outside the abdominal cavity. Thanks to motherly care extended by Amrita hospital and Rotary Clubs, the Ugandan parents and children, who landed at Kochi with apprehension, have already picked up several Malayalam words, mingling with the hospital staff. They feel they are at home away from home, and in safe hands. The state-of-the–art infrastructure at Amrita Hospital, together with the dedication of its medical and support staff, has enabled successful surgery of all the patients from Africa at a fraction of the cost that would be charged at hospitals in Europe or America.”

The life-long scars on the chest of the Ugandan children will remain as a testimony to the warm hospitality and love of people of Kerala for their brethren from Africa.