SRL Diagnostics, a leading diagnostic chain in India, released a 4 year long data analysis report (2013-16) based on samples received in its labs across the country for antenatal testing.

For the analysis, SRL considered two age groups of women: 16-30 years and 31-45 years. The retrospective analysis showed that VDRL (0.17 per cent) used for Syphilis screening and HIV (0.10 per cent) tests had higher number of positive (reactive) cases in the older age group (31-45 years) than in the younger age group (16-30 years) of pregnant women. 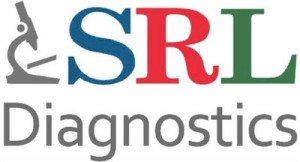 Antenatal testing is recommended during pregnancy to check for maternal infections, nutritional and/or metabolic deficiencies that may impair the wellbeing of the growing baby in the womb as well as that of the would be mother.

While analyzing, SRL did not see any difference in HBV infections across the age groups of pregnant women. Hemoglobin levels, the gold standard test for diagnosing anemia were found to be lower than normal more commonly in younger age group (16-30 yr) than in older one (31-45 yr) i.e. 33 per cent vs 28 per cent. While comparing fasting blood sugar (FBS) across the age groups for antenatal testing, SRL  observed diabetes level (=126 mg/dl) values of the test more commonly in the older age group (31-45 years; 7.01 per cent) than in the younger age group (16-30 years; 1.82 per cent).

Northern Zone and Eastern Zone of India had shown higher positive results ofVDRL (0.25 per cent) and HIV (0.11 per cent) tests respectively. For HBV infections, West zone showed more positive results (0.58 per cent) than the other 3 zones.While comparingFasting blood Sugar (FBS) values across 4 zones, SRL observed more abnormal levels of glucose in pregnant women from SouthZone (2.62 per cent) than in other 3 zones. However, South Zone was closely followed by East Zone (2.52 per cent).

Dr. Deepa of SRL said “Antenatal testing is very important for a woman during the early days of her pregnancy. It is to safeguard the health and well-being of both the mother and the baby during pregnancy. Antenatal tests show if the pregnancy is at increased risk of an adverse outcome and let the healthcare provider take an appropriate decision before it is too late. It includes screening for common infections like HIV, Hepatitis B virus and syphilis, for nutritional  deficiencies, for dreaded chronic condition like diabetes etc.”

In Ahmedabad, VDRL positive cases showed 0.09 per cent occurrence. Ahmedabad topped among the other cities in highest number of anemia (44 per cent) and diabetes (3.29 per cent) cases.

In Chennai, Hepatitis B showed 0.54 per cent occurrence.  Anemia and Diabetes cases were at 21 per cent and 2.60 per cent respectively.

In Pune, HIV and Hepatitis B positive cases were 0.09 per cent and 0.65 per cent respectively. Pune had anemia cases at 30 per cent, while diabetes cases were at 2.03 per cent.

SRL is the largest Diagnostics Company in India having an impressive ‘Reach’, providing superior quality diagnostics services to its customers through a very efficient network of labs and collection points. SRL carries out 125,000 tests per day. It is often stated that on the human body about 4,000 different types of diagnostics tests could be performed. SRL has over 3,800+ tests in its repertoire which is the largest menu of tests in India.