On the occasion of World Cancer Day which is widely celebrated on February 4th; Indus Health Plus, the pioneer in preventive healthcare launched an Abnormality Report on Cancer to emphasis its impact on the masses. The sample size for the study was 21,623 (Male – 11675, Female – 9948) people who underwent preventive health check-up during January – December 2016. 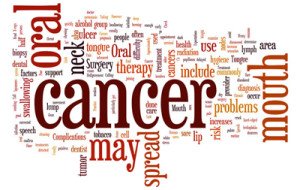 The report states that increasing air and water pollution, cosmic radiation and industrialization are few more factors behind the rising incidences of cancer. Unsafe drinking water, smoke from pollution of vehicles and industries has increased the cases of lung and throat cancer by 5-6%. Cancer risk amongst men and women both in the age group of 30-50 years are higher, with most of them from the working population. Many mumbaikars indulge in junk foods which are salted, pickled, smoked or charred. This coupled with smoking and alcohol drinking puts them on the risk of stomach cancer such as colorectal cancers. Men and women from the age group of 30-50 years are at high risk.

Amol Naikawadi, Preventive Healthcare Specialist and JMD Indus Health Plus said, “Smoking and regular drinking increases the risk of lung and throat cancer. Males from both urban and suburbs from the age-group of 45-65 years are under the risk of lung cancer. Communities, private players and even people at individual level, should come together to educate everyone about signs, symptoms and early diagnosis which will improve survival from cancer and empower people to adopt healthy choices.”

Key inferences of the report:

Close to 12-14 lakh new cases of cancer are reported every year in India and found to be more common in males as compared to females. However, one-third of all cancer cases are preventable due to lifestyle changes and early diagnosis. For the common signs and symptoms of cancer, people should keep in mind the word CAUTION: C: Change in bowel or bladder habits, A: a sore that is not healing, U: Unusual discharge or bleeding OR Unexplained weight loss, T: Thickening or lump in the breast, testicles or elsewhere, I: Indigestion or difficulty swallowing, O: Obvious change in a wart or mole, N: Nagging cough or hoarseness.