A landmark budget was presented today by the Finance Minister Arun Jaitley with the agenda of “Transform, Energize and Clean India’ with the intention of Sabka Saath, Sabka Vikas.” This was stated by J P Nadda while hailing the Union Budget for the year 2017-18. Thanking the Prime Minister Narendra Modiji and the Finance Minister Arun Jaitley, Nadda further said that this is an inclusive budget which is pro-poor, pro-farmer, pro-downtrodden and for the development of all the sectors and the country at large. 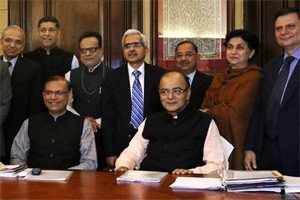 The Health Minister further informed that the Ministry has spent 73.25% of 2016-17 budget till now.  “With this pace I am hopeful of spending the remaining budget for 2016-17,” Nadda said. The Health Minister also stated that the Ministry will also create 5000 Post Graduate seats per annum to ensure adequate availability of specialist doctors to strengthen secondary and tertiary levels of healthcare. Furthermore, two new AIIMS will be set up in Jharkhand and Gujarat, Nadda mentioned.

The Union Health Minister stated that steps will be taken to roll out DNB courses in big District Hospitals and to encourage reputed Private Hospitals to start DNB courses. Steps will also be taken to strengthen PG teaching in select ESI and Municipal Corporation Hospitals.

Nadda said that as part of the Budget announcements, the Government is committed to take necessary steps for structural transformation of the Regulatory framework of Medical Education and Practice in India. There is a proposal to amend the Drugs and Cosmetics Rules to ensure availability of drugs at reasonable prices and promote use of generic medicines, and New Rules for regulating medical devices will also be formulated. These Rules will be internationally harmonised to attract investment in this sector. This will reduce the cost of such devices.