ReportsnReports.com adds “Global Neurodegenerative Drugs Market to 2022 – Growth Driven by an Aging Population, the Approval of Novel Immunomodulators and Neuromodulators, and Strong Uptake of Marketed Anti-Inflammatory Treatments” to its store. The report focuses on five key indications within neurodegenerative disorders: Alzheimer’s disease, Parkinson’s disease, Huntington’s disease, amyotrophic lateral sclerosis and multiple sclerosis. With no curative therapies available, symptomatic medications prescribed off-label are an important part of the treatment paradigm, especially in amyotrophic lateral sclerosis and multiple sclerosis. This indicates the need for extensive R&D within this area. 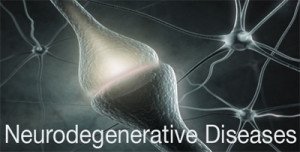 Immunomodulators are the most effective and most common therapies used in neurodegenerative disorders. This class of compounds has been the most commercially successful in the past decade, particularly in the multiple sclerosis market, with many clinical trials underway for amyotrophic lateral sclerosis. The market for neurodegenerative disorders is largely accounted for by premium products, with generic products holding only a relatively small share. However, some generic products have been able to secure sizable market shares after the patent expiries of leading drugs. Glatopa (a generic version of Copaxone) recently entered the market and is expected to reach sales of $233m within the forecast period.

Although there is a high degree of failure and uncertainty within the R&D of neurodegenerative disorder drugs, the number of drugs in the pipeline is very high, at 1,494. The majority of pipeline products are novel active pharmaceutical ingredients, with only a small proportion of products being either generics or repositioned from other indications. This shows progression in terms of the variety of molecules being developed as therapeutic agents within the neurodegenerative disorders pipeline. The market is expected to grow over the forecast period, which is attributed to the approval of new drugs, as well as the increasing aging population.