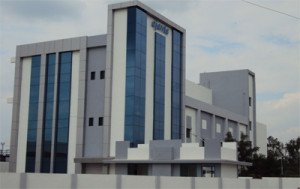 Ajanta scrip remained volatile today on news of warning letter from the US FDA for one of its facility. However, the company management denied the news. The scrip opened higher at Rs.1,794 today as against previous day’s close of Rs.1,738. However, it touched to lowest level at Rs.1,527.45 in mornings and then moved up and closed at Rs.1,756.50 on BSE.

Its R&D expenditure increased to Rs.45 crore and worked out to 8 per cent of its revenues. The company received 2 ANDA final approvals and it commercialized 3 products. It filed 6 ANDAs with US FDA during the quarter. Cumulative approval reached at 16 ANDAs and tentative approval for two products. Currently, 14 ANDAs are awaiting approval with US FDA.

Commenting on the financial performance, Rajesh Agrawal, joint managing director said “We have posted yet another quarter of satisfactory growth in sales and profitability. The external factors in emerging markets continue to pose challenges resulting into sub-optimal business. However we are pleased with the remarkable ramp up on our US business which has posted great results for the quarter. Going forward, we continue to focus on our key markets and therapeutic segments to drive the growth.”