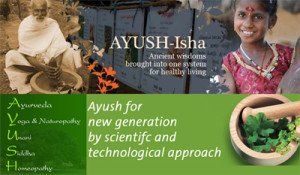 This partnership will put in place, a much needed formal mechanism to monitor & curtail misleading advertisements in the AYUSH sector and will lead to effective implementation though strong support locally from the State Licencing Authorities as well as Centrally through the Ministry of AYUSH.

Commenting on the partnership, Ajit M. Sharan, Secretary, the Ministry of AYUSH said, “We are happy to announce this partnership with the ASCI. It is yet another important step taken by the AYUSH ministry to ensure that Indian consumers have access to safe and effective medicine. The arrangement would also ensure that any advertisement making claims for diseases and disorders, in violation of the notification issued by our ministry for indications that have been prohibited from claiming, are immediately brought to our attention. We have entered into an MoU with ASCI to effectively weed out such advertisements so that consumers are protected from unscrupulous manufacturers selling products making false claims. This is vital for the propagation of AYUSH system of medicine within India and beyond.”

S.K. Swamy, ASCI Chairman, added, “At ASCI, we have been relentlessly working to encourage self     -regulation in advertising content and ensuring the protection of the interests of the consumers. AYUSH is among top three sectors where we find a high incidence of misleading advertisements and some of the advertisements in the AYUSH sector claiming treatment of certain diseases in violation of the Drugs and Magic Remedies Regulations have been a cause of concern. ASCI’s partnership with the Ministry of AYUSH will provide the necessary support to our efforts in effectively curtailing misleading advertisements in this sector.”