Krishna Institute of Medical Sciences (KIMS), popularly known as KIMS hospitals, has invested nearly Rs 40 crore in setting up another 100-bed facility in Kondapur, Hyderabad, doubling the number of beds it holds in the information technology corridor. 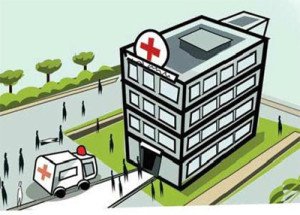 It already has a 100-bed facility which was established two years ago with an investment of Rs 60 crore. With the addition of new beds to the Kondapur facility, the total capacity of KIMS hospitals in Telangana State (TS) and Andhra Pradesh, has increased to 2,100 beds.

In addition to the existing facilities in the two Telugu states, KIMS is also spreading its footprint across the country by establishing hospitals in Guwahati, Bhubaneshwar and Indore.

In a statement, Dr Abhinay Bollineni, vice-president (strategy) at KIMS Hospitals, said, “Madhapur-Kondapur- Gachibowli-Miyapur form the fastest growing region of Hyderabad. With the influx of large population, demand for quality healthcare has risen sharply. Our initial effort to build a 100-bed facility has received overwhelming response, and soon there was a need to expand.”