As per the information provided by Department of Industrial Policy & Promotion (DIPP), 204 Patents have since been granted on formulations/ processes/ products of herbs / plants. DIPP has further stated that Patents are issued on inventions that satisfy the patentability criteria as laid out in the Patents Act, 1970. As per the Patents Act 1970 (as amended), patents can be imparted only to new formulations based on products related to herbs/ plants or processes related thereto, which are not in public domain and fulfill the criteria of patentability. 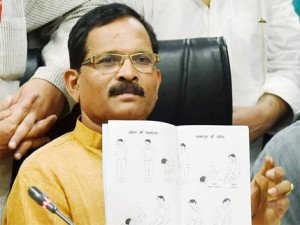 The Drugs and Cosmetics Act 1940 and Rules 1945, does not have any provision for registration of Ayurvedic formulations. To protect Traditional Medicinal Knowledge of India, the Ministry of AYUSH has created Traditional Knowledge Digital Library (TKDL) in collaboration with Council for Scientific & Industrial Research (CSIR) for digitalization of traditional medicinal knowledge. More than 3 lakh formulations from the texts of Ayurveda, Unani and Siddha Systems have been digitalized till date under TKDL to protect Traditional Knowledge from misappropriation by providing defensive protection.