SRL Diagnostics, a leading diagnostic chain in India, released a 3-year data analysis report on arthritis related tests done on samples received in its labs from across India.

According to the report, the 10,000 odd samples tested showed varying degrees of abnormalities in the blood levels of direct and indirect markers of osteoarthritis, rheumatoid arthritis, gout and rheumatic fever. The results varied across four zones of India as well. 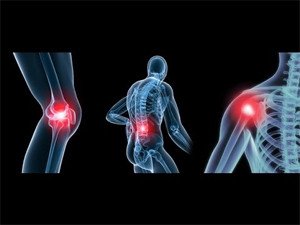 The analysis also found that markers of chronic inflammation-a bodily event that goes on continuously in any chronic joint disease, ESR and CRP were raised in most of the samples than any other marker. This is probably due to the fact that osteoarthritis (OA) is the most common form of arthritis affecting the population at large.

Dr Leena Chatterjee, director operations, SRL Labs & Strategic Initiatives, said, “Bone and joint health are crucial aspects, which are usually ignored by the population at large. Millions in India suffer from bone and joint disorders, but doctor visits for management or laboratory visits for regular check-up and testing remain low. Medical studies have shown that 15 to 17 per cent of Indian population suffer from some kind of joint disease with osteoarthritis being on the top. Actually bone and joint disorder is more common than cardiovascular disease and cancer combined. Our 3- year data analysis tries to reiterate this point and also shows that blood based tests can help screen large number of people for common joint diseases.””

SRL is the largest diagnostics company in India having an impressive ‘Reach’, providing superior quality diagnostics services to its customers through a very efficient network of labs and collection points.

The vision to create SRL diagnostics was driven by the philosophy to provide high quality accurate tests/ outcomes at affordable prices to the masses. SRL is known for high ethical standards synonymous with ‘TRUST’ and each and every constituent of ‘Team SRL’ follows immaculate value system.