Cardiovascular disease (CVD) is the significant cause of morbidity and mortality in the diabetic population. The disease is multiplying due to the rising epidemic of obesity, increasing sedentary lifestyle and poor dietary habits. Diabetes is considered as a “Coronary Disease Equivalent”. 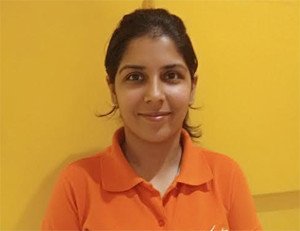 In the diabetic patients, cardiovascular disease (CVD) is characterized by the damage of small and large blood vesselsassociated with the development of diabetic retinopathy (eye damage), nephropathy (kidney damage), neuropathy (nerve damage) and atherosclerosis (thickening of blood vessels) causing hypertension.

Diabetes is a major risk factor for cardiovascular disease, causing 2-4 folds increase in cardiovascular risk.  Atherosclerosis is responsible for the 80% of deaths in diabetic patients. Diabetes is one of the most common chronic diseases in the world. It is estimated that this disease will affect more than 360 million persons by 2030 (Wild et al., 2004).

Why are people with diabetes prone to Cardiovascular Disease?

Diabetes is controllable, but even with strict control it increases the risk of heart disease and stroke. That’s because people with diabetes, particularly type 2 may have pre-existing, or post diabetic co morbidities which contribute to their risk for developing cardiovascular disease.

Genetically there is an increased risk of heart disease in people with type 2 diabetes by more than a third. Diabetics who have familial history of heart disease are at greater risk of developing it.

Hypertension is the most important risk factor for cardiovascular disease.  It accounts for approximately 47% of all is chaemic heart disease across the globe. The prevalence of hypertension in diabetic individuals appears to be around two fold than in the non diabetic population. Hypertension in the diabetic individual noticeably increases the risk and accelerates the course of cardiac disease, peripheral vascular disease, stroke, retinopathy, and nephropathy, causing atherosclerosis at a younger age and more severely than people without diabetes. This premature aging of blood vessels in diabetics probably plays a key role in the relatively high prevalence of hypertension and fluctuation of blood pressure in young diabetic individuals. Studies have shown that the insulin resistance can contribute to elevated blood pressure in obese individuals suffering from type II diabetes

Elevated levels of triglycerides and LDL are recognised as prominent risk factor for cardiovascular disease. Diabetes tends to decrease the” good” cholesterol  and raise triglyceride and “bad” cholesterol levels, which increases the risk for heart disease and stroke. This condition is called as diabetic dyslipidaemia. The triad of poor lipid counts is also associated with the condition of premature coronary heart disease.

Obesity is a major risk factor for cardiovascular disease and has been strongly associated with insulin resistance, which means the free floating insulin is not utilised in type 2 obese diabetics due to excess of fat.With life style management and regular exercises one can improve insulin sensitivity thus preventing risk of cardiovascular disease.

Lack of physical activity
Physical inactivity is an important another modifiable major risk factor for insulin resistance and cardiovascular disease.  With right set of exercises with recommended intensity, frequency and duration one can prevent or delay the onset of type 2 diabetes, reduce blood pressure and help to decrease the risk of heart attack and stroke. For overall cardiovascular health, the American Heart Association recommends:

–At least 25 minutes of vigorous aerobic activity at least 3 days per week for a total of 75 minutes; or a combination of moderate-and vigorous-intensity aerobic activity

Poorly controlled blood sugars (too high) or out of normal range
Diabetes can cause blood sugar to rise to dangerous levels, which affects the heart by causing the endothelial dysfunction. Endothelial cells play major role in maintaining the cardiovascular harmony.  Studies have confirmed that acute hyperglycemia (increased sugar levels) is common among patients with acute myocardial infarction. Good medicinal control with lifestyle management is needed to manage blood sugar.

The health hazards caused by smoking are well known. It is an independent risk factor for cardiovascular disease. In diabetics it accelerates the development and progression of heart disease by increasing insulin resistance. Thus, smoking cessation is an important aspect of preventing and treating heart disease.

Now a day, the Non Communicable Disease and particularly the cardiovascular disease are the main causes of mortality worldwide. Being these consequence of a high prevalence of the major risk factors that have been related to their development, within the tobacco consumption, alcohol consumption, physical inactivity, unhealthy diet, overweight and obesity, arterial hypertension and high blood cholesterol and glucose levels are the leading ones, which also constitute the important risk factors for the development of other non communicable disease.