Microsoft on Monday announced it bought a startup to boost its artificial intelligence capabilities, and rival Apple confirmed it has boosted its health focus with an acquisition of its own.

Microsoft did not disclose financial terms of its deal to buy Genee, which specializes in using machine smarts to handle the time-sucking task of scheduling meetings. 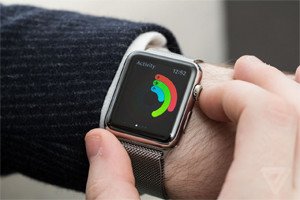 “Genee uses natural language processing and optimized decision-making algorithms so that interacting with a virtual assistant is just like interacting with a human one,” Outlook and Office 365 corporate vice president Rajesh Jha said in a blog post.

For example, Genee can be copied into an email exchange to act as a virtual assistant of sorts to pin down a time for a business or social meeting.

Jha touted Genee as having designed “an intelligent virtual assistant specialized in the appointment decision.”

The technology was expected to be put to work in Office 365 software that Microsoft offers as a service in the internet cloud.

The team that started Silicon Valley-based Genee in 2014 will join the Microsoft and the existing service will be discontinued next month, according to the companies.

Apple confirmed press reports that it has bought startup Gliimpse, which uses machine learning as part of its formula for in letting people securing manage and share personal medical information.

“Apple buys smaller technology companies from time to time, and we generally do not discuss our purpose or plans,” Apple said in a statement.

Gliimpse offers a unique platform allowing users to compile medical and health data from different sources, and share as needed with third parties, including doctors.

“We’ve built a magical machine,” Gliimpse said on its website.

“It takes incomprehensible electronic medical records and turns them into understandable, standardized, coded elements and terminology that both humans and machines can easily understand and use.” Apple has introduced features and software platforms for its mobile devices to be tools for people to manage and improve fitness and health .