One of the most widely prevalent infections of the liver, Hepatitis claims close to 1.5 million lives every year, according to World Health Organization. Of these, Hepatitis C is the least talked about. Doctors feel it is escaping the scanner, yet is an emerging health threat. As we observe World Hepatitis Day, Dr Satyendra k Tyagi, Consultant Gastroenterologist, Meerut Medical Centre, says, creating awareness, family screening, screening of high-risk individuals, pregnant women, and patients with symptoms such as 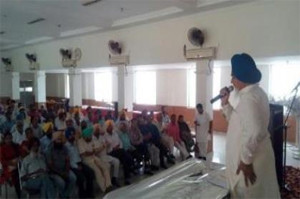 fatigue, loss of appetite, and jaundice are all necessary to eliminate the risk of the disease.

Dr Tyagi speaks in line with the goal set by the World Health Organization (WHO) to eliminate viral hepatitis as a public threat by 2030, as the theme for World Hepatitis Day 2016. Hepatitis C is emerging as an epidemic, with 1 in every 100 people in India being infected with the virus.

Hepatitis C is a blood-borne virus. In most infected areas in the country, it is primarily caused by blood transfusions with unscreened blood, surgical procedures that follow unsafe practices, and the use of unsterile needles by intravenous drug users and even diabetics. Secondary causes include sharing personal-care items such as toothbrushes and razors with a person infected with the virus. It also may get transmitted through unprotected sex.

Aggravating the threat is the fact that unlike hepatitis A and B, there is no vaccine yet to prevent hepatitis C. The virus lives in the body for upto 30 years, without any symptoms, and can then lead to chronic liver disease, even liver cancer. According to the World Health Organization (WHO), approximately 5,00,000 people die each year from hepatitis C-related liver diseases.

“A recent study revealed that regions like Hapur, Meerut and Muzaffarnagar districts showed a 15% positivity rate to Hepatitis C against the national average of 1%. Tattooing, ear and body piercing with an infected needle increases the risk of hepatitis C. Sharing personal-care items such as razors, toothbrushes and manicuring or pedicuring equipment with a person who has hepatitis C may lead to exposure to the virus. Reuse of needles and syringes, multiple- use medication vials, infusion bags and improperly sterilized dental and surgical equipment also cause transmission of the disease. There is an association between high-risk sexual activity and HCV,” says Dr Tyagi.

“Awareness regarding the disease is abysmally low in India. While the disease shows few symptoms in the early stages, people are unaware about the existence of hepatitis C. Consequently, they are not educated about the required preventive measures and cure. Families, not just individuals, should get screened, especially those of high-risk cases. Pregnant women too should get screened. If the symptoms of fatigue, weakness, nausea, a loss of appetite and jaundice, are experienced, the person should check with a doctor,” says Dr Tyagi.

Hepatitis C is known as a silent killer as it does not show any obvious symptoms. This makes its detection difficult. Hence, it remains undiagnosed, eventually causing chronic hepatitis C infection. Such cases account for 55-85% of cases, as per the World Health Organization. Early detection can ensure a complete cure of the disease. Later detection does cure, provided there has been no damage to the liver.

“The need of the hour is an effective awareness among people. Apart from creating awareness regarding the existence of the disease, people should also be educated about the availability of the treatment at much lower costs as compared to some years ago,” adds the doctor.