An alarm to those who light a cigarette after every discussion and think smoking is really cool, you might be at the risk of getting heart disease and don’t think that you don’t have any family history and you are too young to be hit. Once believed to be the disease of the elders and rich, has developed a new trend in the country, where it has been seen that the age for this disease is getting younger and younger. Though congenital heart disease is seen mainly in the younger age group, heart attack per-say was more in the elderly. Various studies are going on and are funding the thought that may be Indian’s are more prone to heart disease. 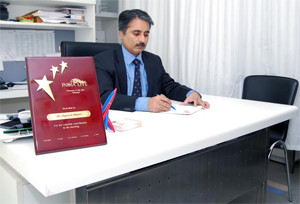 Today we are living in a corporate environment, which is all about tough deadlines, night shifts and negative competition. We have to work for longer hours, drive through crazy traffic and almost everyone is juggling with difficult relationships at home and at work. And then we become victim of hectic schedules, high pressure jobs and poor dietary habits, which doctors blame as the stress-related cardiovascular conditions, diabetes and stomach ailments.

Everything is linked. When you eat badly, sleep less, work more, and drink liquor or smoke, your stress levels mount. So you eat even more junk food and turn to alcohol and smoking for relief. It’s a vicious circle.

Research shows that half of all heart attacks in the country occur among men under the age of 50. According to WHO estimates, Indians will make up 60 per cent of the world’s cardiac patients and 17.1 million lives are claimed by cardiovascular diseases, with 82 per cent of deaths occurring.

In order to know more about heart related diseases in youth, its myths and the new technologies being used to give the best treatment we spoke with Dr Rajneesh Kapoor, Director, Interventional Cradiology, Medanta Heart Institute. Here are the excerpts:

What is the common age group of heart disease in India? What is the male female ratio?

The most common heart disease in India is coronary heart disease which presents itself as the blockage of the arteries of the heart and for this type of heart disease, the population which usually comes to us is beyond 45, but last decade and so, we are getting more and more younger patients from 20 to 40 years of age, almost 20% of the heart- attack patients are from this age group, which was not the case decade back. The male female ratio is 6:4

What are the major risk factors?

Scientific risk factors: – High blood pressure (HBP), diabetes, smoking, high cholesterol level and positive family history of heart disease. These are the major risk factors which one should try to correct, improve and if possible one should curtail them.

It is said that woman having menstrual cycle cannot effected by the cardiac problems, your comment on the issue?

It is a complete myth. Earlier it was thought that women’s are less at risk. Women have a menstrual cycle that produce a female hormone, which is slightly cardiac protective, but this is not a universal phenomenon because of this myth physician’s suspicions for a woman having heart disease goes down and we miss the diagnosis but now the clarity is that women are almost equal to men in the heart disease.

What preventions one should take to avoid heart diseases?

We should try to modify these risk factors. Avoid having sedentary life style, be active, take care of daily walks, no scope of smoking, be particular about diet, cut eating junk foods and all the sweet stuffs like mithai, beside this if someone is diabetic or have HBP one should try to control it aggressively. Have proper stress management and the best way to combat stress is keep talking to your family and friends, be open about everything, about problems keep on discussing.

What is the future of India in heart disease?

At the moment we are in for more bad times, it is growing, Reason is rather then old times our lifestyle has gone from bad to worse, we are having more sedentary life style, stress has grown out of proportion, competitive jobs because of which smoking has gone up. Now India is the diabetic capital of the world, so these things have grown traumatically increased in last decade. So, we are going to see a flood of heart patients in coming times which means there is even more need of better cardiac facilities and better cardiologists down to the root.

A new technique called Interventional Cardiology (IC) is being used today at a fast rate. What exactly is it and how much is it successful?

Interventional cardiology deals specifically with the catheter-based treatment of heart diseases. The majority of IC procedures are performed in the cardiovascular (heart, veins and arteries) system. Most IC procedures are considered to be minimally invasive because they do not require an instrument to enter the body or large incisions – most incisions are approximately 1-2 mm. It has a very wide scope, it helps in the opening of the heart vessels, it deals with closing the holes in the heart, and it deals with the sealing of the aneurysm (abnormal dilatation of the blood vessel) of the major vessels of the body.

The best part of IC is that the success rate of all the procedures is close to 95% or even more, the only drawback is the cost associated with the procedure, still despite all efforts made by hospitals and anybody cost is quite high.

What is the difference between open heart surgery (bypass surgery) and angioplasty?

Open heart surgery is an incisional technique, where the chest is open and bypass route is created, and angioplasty is non-surgical technique, where vessels are opened non-surgically by placing stents. The popularity of angioplasty is because of the ease of the procedure and comfort of the patient. Patient can be discharged on the next day and can come back into their normal routine by the third day. But with open heart surgery it takes a patient at least 3 to 4 weeks to come into his normal lifestyle.

How does a patient decide which option is best?

It is a difficult question, this decision is taken by the virtue of the anatomy of the blockages, there are some blockages where the angioplasty is really capable but there is some, where it is incapable. So in this situation cardiologist is the best to decide.

In which cases is angioplasty non-favorable?

Angioplasty is non-favorable where the blockage is right at the mouth of the artery and in other if artery is 100% occluded for the long term, sometimes one cannot penetrate a wire and place a stent into these arteries.

Your message to society.

Things are not going right with the youngsters, they are more and more prone to the cardiac disease, so this is the time to create full aggressive awareness among the young because if they are aware than this will be a huge help to the society. Nowadays, older people are much more disciplined compared to younger ones.

It’s a high time; we should think about our self, health should be our priority. We spend a lot here and there but avoid spending anything in health. Spend on health now rather than when the disease hits you.