“In less than 18 months since its launch, MediBuddy+ has helped more than 4000 hospitals across the country completely eliminate faxes and emails to manage all their preauthorization requests online. That is, in fact, a staggering 67% of the total number of 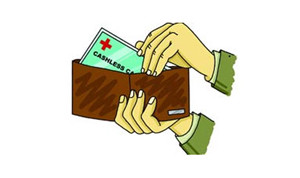 hospitals in our network; and we boast of having one of the strongest network of hospitals in the industry. In some cities, up to 90% of all preauthorization requests daily are routed through our portal. The impact on customer experience has also been phenomenal,” says Satish Gidugu, COO, Medi Assist.

MediBuddy+ has been able to draw such participation from hospitals around the country as a result of its compelling value proposition. Up until the portal came about, hospitals had been relying on faxes and emails to send their preauthorization requests to their TPA. Faxes tend to become illegible, and it is often difficult to send emails with large attachments of the scanned documents; many emails would go to personal mail boxes and would require that individual recipients respond to them – challenges for hospitals looking to obtain preauthorization approval for their patients within 2 – 3 hours.

With MediBuddy+, all preauthorization requests are submitted online. Users at the insurance desk at the hospital upload all documents onto the portal. The claim processing team back at Medi Assist gets an instant notification of the request. Once Medi Assist approves the request, MediBuddy+ displays real-time notifications on the hospital user’s desktop and dashboard. This alerts the insurance coordinator to immediately download the preauthorization approval letter. The claims then move into the Finance module where they can be tracked in real-time until the monies are settled between the insurer and the hospital. MediBuddy+ also supports a range of reports and a dashboard for a real-time summary of the claims activity at a hospital.

“A lot of thought has gone into designing MediBuddy+, and that is key to its quick adoption in a market where many other players have attempted something similar without as much success. The web-based portal is free and needs no implementation or integration support. We allow hospitals to record requests by their patient name rather than a claim number. It was important for us to put our member at the centre of the experience rather than on the number that we allocate to them. Similarly, we allow Finance users to search credits received by UTR number so they need not spend any additional time on reconciliation – a feature that has received incredibly positive feedback from the market,” adds Satish.

MediBuddy+ continues to see increased adoption with the advent of features such as eCashlessTM. Not only are hospitals able to help their patients receive a provisional preauthorization before date of admission, they are also able to get visibility into the upcoming admissions at their hospitals, and thus plan their inventory more efficiently.