Here when we are entering into the era of technology and digitization, disease like Malaria is still being one of the major causes of morbidity in many countries including India. Where, even today , India remains as one of those countries where malaria is still endemic. Though, we always are non-serious about a disease caused by a mosquito bite, experts around the country including government are broadcasting the need for prevention and awareness. 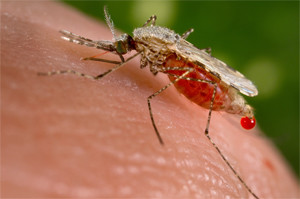 So, on this World Malaria day, regardless of being treatable in many cases, experts suggests that malaria should not be taken lightly, as complications recurrence and relapse of dormant infection can be dangerous.

Reports suggested that by World Health Organization (WHO), over the past fifteen years with major global efforts we are able to reduce malaria mortality by 42 percent, whilst every year this parasite disease kills an estimated 627,000 people with large number of whom being children, with emerging 200 million cases every year.

When many cases around the country get neglected and even failed to get detected, experts believe that emerging drug and insecticide resistance is a major concern along with cases of relapse or recurrence.

“See, every year during summers in urban areas, our major attention is on dengue. For the same, we educate and aware people about the symptoms and prevention.  Taking simple steps like eliminating the  breeding of mosquitoes nearby our neighbor and home and can prevent us from getting this disease. Nevertheless, there is an extreme need to aware people that complications from malaria can be life threatening too and so they should not take it lightly,” says Dr. Mahesh Lakhe (Department of Infectous Diseases)

Malaria, caused by parasites, is transmitted from one person to another through the biting of the infected mosquitoes. And simply, this can be treated through efficacious anti-malarial drugs, however, today physicians caution that some of these parasites have developed a resistance to these drugs and start developing insecticides. According to WHO, parasite resistance has been documented in three of the five malaria species known to affect humans — Plasmodium falciparum, Plasmodium vivax and Plasmodium malaria.

While in most cases malaria can be treated, some strains like of the disease  P. falciparum  may cause more serious problems, such as damage to the heart, lungs, kidneys, or brain.

“Yes, another major global problem with the malaria is its  recurrence or relapse. There are some kinds of malaria (P. vivax) that can occur again. In such cases, these infections and parasites lie dormant for several months or year in the liver before reviving again causing recurrence for the disease. Most the time , it happens when patient leaves treatment in between and  the parasite is not eliminated from the body. Recurrent episodes can cause chronic inflammation in blood vessels and can cause a threat to cardiovascular health. Researchers today are also working to find advanced anti-malarials that can completely and effectively eliminate the parasite and hence the risk of recurrent infection,” ays Dr. Lakhe

Malaria may also recur in people due to absence of effective immune response, incomplete treatment and unhindered exposure to mosquito bites.

Recently, India’s first public-private-partnership (PPP) agreement for research and innovation in preventive health between ICMR and Sun Pharma has been announced by our Union Health Minister JP Nadda. While, this agreement is signed by Dr. Soumya Swaminathan, DG, ICMR and Dilip Shanghvi, Managing Director of Sun Pharma, Nadda said that this unique initiative was a significant step in the health sector and reiterated the commitment of the Government to strengthen health research in the country. Calling the agreement as notable milestone in the Government’s strategy to eliminate Malaria from the country, minister also pointed out that India is party to the commitment at the East Asia Summit for malaria elimination by 2030, so today’s announcement of malaria elimination demonstration project is of special significance.

Aims to reduce morbidity and mortality caused by malaria as well preventing re-introduction of malaria, the project will be launched first in one of the most endemic district of Madhya Pradesh, Mandla. To execute the programme and to strengthen the existing health system , Sun Pharma will fund over the spam of 3 to 5 years covering over 200,000 households in Mandla.