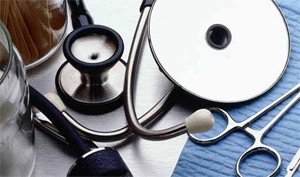 An initiative of Association of Indian Medical Device Industry (AIMED) in collaboration with Quality Council of India  and the National Accreditation Board for Certification Bodies (NABCB), ICMED is aimed at enhancing patient safety and providing consumer protection and much needed product credentials to manufacturers for instilling confidence among buyers and users.

ICMED will also fill a big regulatory void as there was no India-specific official quality assurance system till date, due to which Indian medical device manufacturer’s encountered loss of competitiveness to foreign companies while consumers ended up paying extra premium with no concomitant benefits.

“The scheme fills a big regulatory vacuum in quality certification space for medical devices in the country and will enhance the competitiveness and profitability of Indian medical device industry,” said Dr V K Subburaj, secretary, Department of Pharmaceuticals, Government of India (GoI) while launching the scheme.

The ICMED scheme is also intended to significantly eliminate trading of sub-standard products or devices of doubtful origins, a widespread and injurious phenomenon in the Indian market, thereby ensuring substantial savings, enhanced credibility and increased competitiveness for Indian manufacturers.

AIMED has termed it a significant milestone due to multiple benefits it would assure to different stakeholders. “The Scheme is a significant milestone for both consumers as well as manufacturers as it brings quality, accountability and competitiveness in the system,” said Rajiv Nath, forum coordinator, AIMED and chairman, Technical Committee, QCI-AIMED Voluntary Initiative on Medical Devices.

The Certification Scheme being launched has presently two options for certification, one being ‘ICMED 9000 Certification (an ISO 9001 plus additional requirements)’ and other being ‘ICMED 13485 (An ISO 13485 Plus additional requirements). A third level, which would additionally prescribe medical device specifications developed by National Health Systems Resource Centre (NHSRC) of the Ministry of Health and Family Welfare which is still under development and would be launched later.

“QCI is happy to lend a helping hand to the medical device industry in India to showcase its strength in terms of meeting the highest international standards. We have already devised such schemes for ayurvedic products, ready mix concrete plants and yoga professionals and this would be a valuable addition to our portfolio. It would go a long way in contributing to the success of govt’s flagship Make in India programme,” said Adil Zainulbhai, chairman, QCI.

It is pertinent to mention that NABCB has already secured international equivalence for most of its accreditation programmes and it would facilitate international acceptance of Indian medical devices.

Among the dignitaries present during the launch function of ICMED included Amitabh Kant, CEO, NITI Ayog, C Viswanath, secretary, Department of Consumer Affairs, Wajahat Habibullah, chairman, PSAIIF and the Jury amongst other.