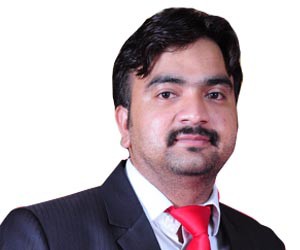 Pharmacy, a noble and a novel profession, is the study of science and technique of preparing and dispensing drugs. A pharmacist plays an important role in the development of society and a nation too. Now days, when society and the nation is continuously changing, there is a urge to change the traditional pharmacist and the pharmacy as a profession to cope up with the changing era.  In this globalization era, where pharmacy profession is diluting its standards and losing interest there is a desperate need to re-evaluate and ponder upon various pillars in which the profession is standing. Although there are various issues in which we have to improve but the major burning issues which needs immediate deliberation includes: mushrooming of pharmacy colleges, a need of introduction of new and revised syllabus, role of regulatory bodies i.e. AICTE and PCI and the most important Employment. Thus the present communication deals with the various challenges and problems with which the pharmacy profession is fighting and some solutions which may apply can heel up the situation. The communication also incorporates the concerns of some professionals in the field who have being raising similar concerns.

The pharmacist’s profession has existed in some form or the other since times immemorial and always attempted to enhance quality of life, health, longevity and the prevention and cure of diseases.

Traditionally, the pharmacy profession has revolved around medicine management ranging from supply to distribution. But the potential of pharmacist in community, hospital and government practice settings not fully utilized in India. The pharmacists are seen as business people. The professional role of pharmacist is not projected in Government’s health and pharmaceutical policies.

Due to the changing scenario of an ever growing and complex disease, different range of medicines and poor adherence to prescribed medicines, a new philosophy of pharmaceutical care has evolved. In order to fulfill the role of pharmaceutical care, the concept of seven star pharmacists has been advocated: Caring, Communicator, Quick and witty, Teacher, Learner leader and manager.

The world is undergoing rapid social economic, political and technological advancement. In this regard, pharmacy as a technical and professional field is undergoing globalization. In the present scenario profession of pharmacy has been forced to undergo radical processes of evolution with great shift in its public mission. Hence it becomes clear that pharmacy education also needs to react and undergo rapid change to suit the changing era. The qualities of pharmacy education imparted by some different institutes have everlasting impact of health care offered to our society and finally to nation. However the standards in education have been eroded by rising tides of mediocrity.

The dilution in pharmacy education can be easily reflected in the results of all the university examination and All India Graduate Aptitude test.

In the last five decades, Indian pharmacy education has witnessed a quantum leap both in terms of quality and quantity.

The annual rate of production of pharmacist has increased in many folds. The results of globalization concepts can also be seen in pharmacy education fields such as mushrooming of private pharmacy institutes, resulting in unethical competition and leading to rapid downward spiral of pharmacy education standards, dearth of education providers and rapid technological advances which make non standardization of curriculum and syllabus of pharmacy.

With the changing era there is need to change in order to cope with the present scenario. Each and every day new drug molecules and there formulations are knocking the market. So there is needed to be updated and revised time to time.  Thus the introduction of new or revised syllabus in the graduation and post graduation level should be proposed. It should also include DRA, IPR, Molecule biology and drug discovery and screening. And if possible there must be some specialization in graduation level like other professional courses has, so that it might not compared with plane or simple science graduates.

As we talking about the different issues, the one which can’t be avoided is Employment after pharmacy education…..!!!! it is the big question mark?????

Sometimes various surveys reported that pharmaceutical industry say that only 25-30 percent of the graduates of pharmacy coming out of various pharmacy colleges are technically fit and suited to their needs. Thus here we need to improve and standardize our education system.

But sometimes it also seems that the gap between the industrial need and academic community’s aspiration appears to be considerable large.  So, there is need for better interaction between different pharmacy institutes and industry is the only solution.

As we can easily see that  the growth rate of UG and PG institutes is quite high than growth rate of pharmaceutical units; so there is need of self employment and young entrepreneur by adequate change in curriculum and introduction of entrepreneurship  program. In other concern there should be compulsion that only graduate pharmacist can only work as hospital pharmacist and with this point of view one year or six months compulsory internship program in hospital should be there after degree level.

Only education level is not responsible for the condition of pharmacy but there is need to concern the regulatory bodies like AICTE and PCI. They need good planning, strict norms and trusty co-ordination between them so that the pharmacy education level which includes good laboratories practices can be improved and mushrooming of pharmacy collages can be controlled.

As the pharmacy profession has long way to go so we have to do something for the upliftment and beautification of it. And it is not the only duty of any particular individual to concern about it we being a pharmacist have to do it alone for the sake of profession.

As the tidal waves of change are gathering forces at the foreseeable horizon and are likely to surge forward with great speed and thrust, we should take a note of these omens of change and prepare our boats to withstand the same.

Last but not the least,

“Do not wait for the leaders; do it alone, person to person”

a)  A report on challenges & Opportunities for Pharmacists in Health Care in India, Searpharm Forum FIP-WHO Forum of National Pharmaceutical Associations for South East Asia Region in Collaboration with WHO-India Country office