Inaugurated on 16th January 2016 by the finance minister Arun Jaitley, Startup India campaign is based on an action plan aimed at promoting bank financing for start-up ventures to boost entrepreneurship and encourage start ups with jobs creation. 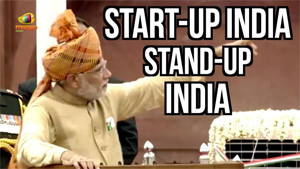 A startup is an entity that is headquartered in India which was opened less than five years ago and have an annual turnover less than 25 crore (US$3.7 million). The government has already launched PMMY, the MUDRA Bank, a new institution set up for development and refinancing activities relating to micro units with a refinance Fund of 200 billion (US$3.0 billion).

The campaign was first announced by the Prime Minister in his 15 August, address from the Red Fort. The initiative was focused on to get rid of ‘license raj and to restrict role of states in policy realm.  Further, it will also relive hindrances in getting land permissions, foreign investments and environment clearances.  The Standup India initiative is also aimed at promoting entrepreneurship among SCs/STs, women communities

The initiative already witness huge investment of $2 billion from the Japan based  SoftBank. The Japanese firm had pledged the total investments at $10 billion. Google declared to launch a startup, based on the highest votes in which the top three startups will be allowed to join the next Google Launchpad Week, and the final winner could win an amount of $100,000 in Google cloud credits.[9] PMMY (Pradhan Mantri Mudra Yojana) is also one of the similar initiatives to refinance the micro units.

Some important announcements were made at the event which will help in creating a strong ecosystem for fostering innovation and startups in India. The Government announced that it would be supporting Indian entrepreneurs with ideas and tools, a friendly tax regime, better use of technology and innovation. It was said that some of the new tax rules would be announced through executive orders, while others will be included in the upcoming Union budget.

Speaking on the immense potential the start-up India action plan brings with it for entrepreneurs in the country, M.N. Rao, Chairman, MediSys Edutech – a leading start-up working towards revolutionizing the delivery of medical education in India said, “The seamless integration of technology in both the education and the healthcare sector is the solution to the existing problem of a lack of available skilled labour and quality care in our country. We at MediSys have been tirelessly working towards helping empower medical students and professionals with the necessary skill set and knowledge required to better serve the needs of the patients. The healthcare sector continues to face tremendous challenges in terms of accessibility and affordability and an increase in the number of healthcare and technology start-ups can help eliminate these. We welcome the policies launched by our Prime Minister today at the startup India conclave and believe that they will help turn into reality many great ideas and promote entrepreneurship. The prospect of entrepreneurs being able to register their business in just one day is revolutionary. Tax benefits, reduced patent costs and better available mentorship facilities will help make India the fasted growing start-up destination in the world.”

Giving their reaction on the launch, Amit Sharma and Nilesh Aggarwal, Co-Founders, eMediNexus said, “Extremely positive moves taken by the government in supporting startups and boosting the overall ease of doing business. Policies relating to improved establishment, liquidity, solvency, fiscal easing, management and innovation support are hugely welcome! The healthcare and healthcare technology sectors will benefit tremendously. Furthermore as the fastest growing doctor network in India and as the collective voice of over 30,000 doctors, we extend our direct support to Startup India and the government to assist in any way we can.”

According to Saurabh Arora, CEO, Lybrate, India’s largest online doctor consultation platform “The Startup Action Plan unveiled today by Prime Minister Narendra Modi is very encouraging, dynamic and invigorating. Measures like single point contact, patent protection, creation of funds of funds and on top of all tax incentives will provide a huge boost to the entire startup ecosystem and propel startups to the next level. The government is very supportive and believes in the tremendous potential of entrepreneurial ventures and how immensely they can contribute to the socio-economic growth of the country”. 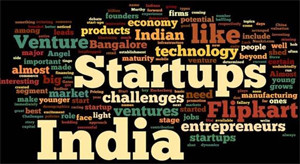 The steps announced will further spur entrepreneurial mindset in India. The government has set the ball rolling for startups to excel and let them solve real problems facing the people of the country. We are excited with the government’s emphasis on innovation and technology into making healthcare affordable. Lybrate is making healthcare accessible and affordable by easily enabling people to consult a trusted doctor from any part of the country without the need of travel and spending additional money. The government’s vision and our goals are in sync with each other and we look forward to working with the government moving ahead,said the Lybrate Founder.

The sector already is home to several start-ups like for Forus Health, Lybrate,  MapMyGenome, Coeo Labs, Practo, along with home healthcare initiatives like Medwell Ventures, Care 24 and Portea. And C-CAMP, MediSys  and eMediNexus too  in medical education and bio-science research.

With the Start-up action plan, we will see more young entrepreneurs take the risk of starting their own venture and building innovative solutions to solve meaningful problems for Indian and global markets. The Insolvency and Bankruptcy Bill that will allow start-ups to exit faster, within 90 days, is a great step as more people will take the plunge to start a new venture, without the fear of failure. We believe that acquisitions are the way to grow faster, and with this bill, we hope to see more start-ups collaborate and solve the problems faster, with a solution that is scalable for a larger audience, said Shashank ND, founder & CEO, Practo.

“The PM’s speech was like an icing on the cake. Policies like no capital gain, no taxes for 3 years and most importantly the Start-up Fest will allow us to build a healthy collaborative environment with an aim to grow in this competitive world,” said Anurav Rane, CEO, PlanMyMedicalTrip.com

Among the attendees were around 40 top CEOs and startup founders and investors from Silicon Valley as special guests including Masayoshi Son, CEO of SoftBank, Kunal Bahl, founder Snaa, Travis Kalanick, founder of Uber, Adam Nuemann, CEO of WeWork, Sachin Bansal, founder of Flipkart and others