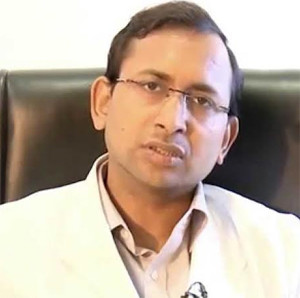 In the national capital, Delhi and the adjoining areas, there are said to be more than one lakh people are afflicted with epilepsy.    Says noted Consultant, Neurology & Epilepsy, Dr Aatma Ram Bansal,Medanta ‘The Medicity’ “Majority of cases with epilepsy don’t get proper diagnosis and treatment especially in villages’. He attributes this ‘treatment gap’ responsible for uncontrolled seizures, stigma, loss of quality of life and social alienation. Dr Bansal, in conversation with Ekta Srivastava, HealthTechnology.in

Epilepsy is a disorder of repeated fits due to sudden excessive electrical activity in the brain that may produce a jerks in the limbs, unresponsiveness and spells of unawareness.

What is the difference between “Fits” and “Epilepsy”

Actually there is no major difference, once fits are occurring again and again it is called epilepsy.

Does a person who got single fit have epilepsy?

No, we usually label a person with epilepsy if there is more than one fit.

How common is epilepsy in the general population?

What causes Epilepsy and what are the different types of epilepsy?

Who can get Epilepsy?

This can occur in all the ages and genders. The common causes are –

However in some it may occur without any obvious causes.

Can a person with epilepsy have a normal married life?

Majority of the people with epilepsy have a normal married life. However in woman it is very important to consult your doctor before marriage and especially before pregnancy.

What is the effect of epilepsy on pregnancy and pregnancy on epilepsy?

Majority of the females will have a normal pregnancy if they continue to take proper treatment advice. It is very important to consult an epilepsy expert before planning of pregnancy for any possible bad effects of medicines on the baby as by changing the medication or adding vitamins we can avoid it. Pregnancy per se does not affect epilepsy but there is a risk of seizure around the time of delivery and hence a special care is required.

Is special care needed for children with epilepsy while at school or play?

As such no special care is advised. But the teachers and friends should be told about epilepsy and first aid in case of any seizure. Now a days nasal spray is available as a rescue medicine in case of seizure.

Majority of the people with epilepsy in India don’t get any treatment. What is your opinion?

It is very true that majority of the people with epilepsy did not get proper diagnosis or treatment especially in villages. This treatment gap is responsible for uncontrolled seizures, death, stigma, loss of quality of life and social alienation.

What do you think Government and other private hospital should do?

Fortunately inexpensive and a good number of AEDs are available in India.However there is problem of trained staff. Health workers in the community should be trained to identify and and persuade them to seek treatment. Medical officers at Primary Health Care Centers should be trained for public health aspects, prevention, differential diagnosis and diagnosis of epilepsy. There should a well planned referral system for difficult to treat epilepsy.

What are the tests required to diagnose epilepsy?

The diagnosis of epilepsy starts with detailed clinical history given by the patient along with an eyewitness. The relevant investigations which can substantiate the diagnosis include MRI brain and EEG. MRI brain should be of good quality (>/= 1.5Tesla) and should include special images for the epilepsy. It is equally important to have a very good EEG record and ideally should be of atleast half an hour.

What are the factors that can trigger a seizure in a person with epilepsy?

What are the tests required to diagnose epilepsy

The diagnosis of epilepsy starts with detailed clinical history given by the patient along with an eyewitness. The relevant investigations which can substantiate the diagnosis include MRI brain and EEG. MRI brain should be of good quality (>/= 1.5Tesla) and should include special images for the epilepsy. It is equally important to have a very good EEG record and ideally should be of atleast half an hour.

What are the treatment options in epilepsy?

Basically there are two treatment options- medical and surgical. Majority of the patients (~80%) are treated with medicines. There are numerous newer antiepileptic drugs which are very safe to use for long term. Usually good control is obtained with single drug though some may require addition of another drug. Type of medicine will depend on the type of epilepsy.

What is the duration of treatment in epilepsy?

Usual duration of treatment is 3years but some patients may require treatment for only 6 month to one year (neuro-cysticercosis; a worm in the brain). However some patients may have to continue treatment for many years and even life long (for Juvenile myoclonic epilepsy). Most important precaution is that the medicines should be stopped only after proper consultation as sudden stopping of medicines can result in seizure relapse even after good control of seizures for 3-4 years.

What can be done for patients whose seizures are not controlled?

If the seizures are not controlled with medicines, cause should be confirmed by MRI and recording of  seizures by doing video-EEG. In video-EEG the patient is admitted and the medicines are slowly stopped so that seizures can be recorded.

By analyzing the video and EEG one can pin point the focus of origin of seizure and if feasible that area focal can be removed surgically.

The other options are ketogenic diet (a special type of diet which can help in controlling seizures ) especially in children.

What is the role of surgery in epilepsy?

About 20 to 30% people with epilepsy have poorly controlled epilepsy despite trial of multiple medications.  Surgery can practically cure epilepsy in such selected patients.  We can pinpoint the focus of origin of seizures by video-EEG an MRI.  This small area of the brain responsible for seizures can be removed easily by microscopic surgery. Surgery is very safe and very successful in such cases.

What to do during the Seizure (First aid during seizure)?

Remove-Move things out of the way so the person won’t injure him or herself.

Loosen any tight clothing around the neck.

Reposition-Put a pillow or something soft under the head.

Lay him or her on one side once seizure is over.

Reassure-Stay with the person until recovery is complete. Reassure others.

Do not attempt to force a hard object (spoon or metal) between the teeth. You can cause more damage than you can prevent.

Do not try to hold the person down during the seizure.

Turn the person to the side while sleeping after the seizure is over.

If the person having a seizure turns blue or stops breathing, try to position their head to prevent their tongue from blocking their airways. Breathing usually starts on its own once the seizure is over.

CPR or mouth-to-mouth breathing is rarely needed after seizures and cannot be performed during the seizure.

Stay with the patient until he/she regains consciousness

Most epileptic seizures are over so quickly that you don’t really have much time to do anything. After it’s over, you simply make sure that the person wasn’t injured.

Keep track of the date and time the seizure started, how long it lasted, whether or not you lost consciousness, a description of your body movements, what provoked the seizure (if known), and any injuries you suffered.

What is a comprehensive epilepsy centre