Drug firm Mankind Pharma will invest Rs 200 crore to open two manufacturing plants in the country by the middle of 2016 as part of its expansion plans.

“We plan to invest Rs 200 crore, excluding the land cost, to open two plants by middle of 2016. One of them will be in Sikkim and the other one at Behror in Rajasthan,” Mankind Pharma Managing Director Sheetal Arora told . 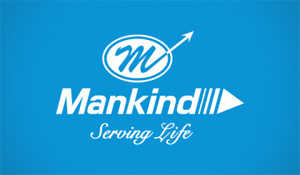 The Sikkim plant, which will entail an investment of Rs 150 crore, will be opened by March 2016, while the Behror plant would require around Rs 50 crore and will be ready by middle of next year, he added.

When asked how the company would finance the expansion, Arora said: “It will all be through internal accruals.”

The Behror facility will focus on Active Pharmaceutical Ingredients (APIs), while Sikkim plant will focus on products for different segments of the firm, he added.

The company will also open “a plant at Udaipur by the end of 2017 or early 2018”, Arora said adding that they already have land for that.

Mankind Pharma recently launched anti-diabetic drug Gliptin under the brand name ‘Dynaglipt’ at Rs 8.5 per tablet for the patients and expects diabetes segment to contribute Rs 200 crore to the company’s expected revenues of around Rs 4,200 crore for the fiscal.

The company has an employee base of over 12,000 and expects to add around 3,000 more people with the opening of three plants.

“With the opening of three more plants we will be adding around 3,000 employees in various activities including R&D by 2018,” Arora said.