The National Human Rights Commission (NHRC) has issued notices to the Uttar Pradesh Health Secretary and the Chief Medical Officer of Ballia, calling for reports within two weeks over the death of three babies after delivery on the floor at a primary health centre. 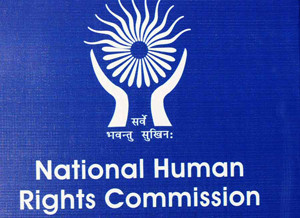 The Commission has taken suo motu cognizance of a media report that in the primary health centre, Bansdih of Ballia district, health workers made three women deliver on the floor despite availability of beds, as a result of which the three newborns died.

“The contents of the report, if true, raise a serious issue of violation of human rights of the women and new born babies,” observed the Commission.

Notices have been issued to the Principal Secretary in the Health Department of Uttar Pradesh and the Chief Medical Officer of Ballia.

According to the media report, carried on October 20, the staff on duty was avoiding the deliveries on the beds so that the bed sheets may not get dirty.

Not only this, they were asking the staff of ASHA, in an unauthorised manner, to get the deliveries done.

The tehsildar, on receiving the complaint, visited the health centre and the Chief Medical Officer (CMO) reportedly observed that it was a case of gross negligence by the officials and strict action will be taken against the guilty, said an NHRC statement. He also sent an additional CMO to investigate the matter.