Apple doesn’t have any official stores in India but that’s about to change. Apple’s bringing its stores — signature wooden tables and all — to India in partnership with Tata-owned electronics chain Croma.

According to a report in the Economic Times, Apple stores in Croma outlets will be around 400-500 square feet and will initially pilot in 5 locations in Mumbai — Malad, Juhu, Oberoi Mall, Phoenix Mall and 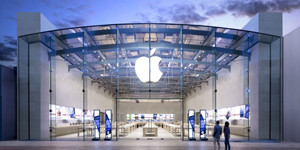 Ghatkopar. In Bengaluru, this will be at Croma in Jayanagar — by Diwali next month.

Avijit Mitra, CEO of Infiniti Retail, said, “We are proud to partner Apple to launch the Apple Store in India and extremely bullish about it launch.”

The store design, furniture, fixtures and lighting will the same as that used in Apple stores globally and the sales staff will also be trained by the company. In India, Apple sells through premium resellers who run exclusive brand stores under the franchise model. Devices are also available at multi-brand mobile and consumer electronics retail chains and some of the larger neighbourhood phone stores.

Apple has been trying hard to expand its market share in India but hasn’t been able to set up its iconic stores because of mandatory local-sourcing norms for single-brand foreign direct investment in retail so far. Meanwhile, Croma has 97 stores across the country with a customer base of 3.8 million.

Apple sold 1.7 million iPhones in India between October 2014 and September 2015, the company’s financial year, compared with 1.1 million units earlier, according to market tracker sources. India is one of the company’s fastest growing markets.