Health insurance is insurance against the risk of incurring medical expenses among individuals. By estimating the overall risk of health care and health system expenses, among a targeted group, incurred for a valid hospitalization. The individual has to pay a certain amount (subject to conditions) once each year, known as premium, to keep the health insurance policy active. Health insurance in India is 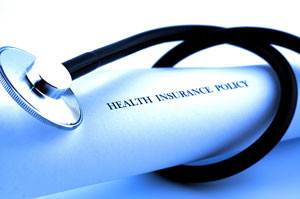 considered same as “hospitalization”, where the policy covers the hospitalization expenses. The expenses for hospital bed, nursing, surgeon’s fees, consultant doctor’s fees, cost of blood, operation theatre charges are all covered. Certain diseases which are mentioned in the policy’s terms and conditions shall be excluded from coverage or may be covered only after one or two years of the policy issue date. Health insurance is the most emerging sector in India nowadays due to increasing rates of illness and diseases and high expenses incurred in hospitalization and treatments for these diseases. There are various health insurance schemes in the market, which are providing benefits from an individual to an entire family also called family floater policies. Health Insurance sector also came up with critical illness covers which covers illness like blindness, deafness, alzheimer’s disease, kidney transplant, organ transplant, paralysis etc.

There are various innovations in Health Insurance sector in India which have taken place in the recent past. Some of them are listed below:

Hybrid Product: This is a combination product which includes health insurance as well as life insurance cover under one policy only. This was first developed by Sriram Life Insurance and Star Alliance health Insurance in India by the name of Star Shri Individual Care Insurance.

Critical Illness cover: Under this cover of critical illness the insurer (the insurance company) is liable to pay a lump sum amount to the policyholder if he is diagnosed with the critical illnesses listed as follows: blindness, deafness, alzheimer’s disease, kidney transplant, organ transplant, paralysis etc.

Another challenge for the industry is tendency of insurance companies to under price their products to gain an edge over competition, which is also allowing the industry to bleed. Artificial pricing leads to artificially excessive competition. The inadequate development of health related infrastructure in the country is one of the major challenges today for the health insurance sector. The industry is also required to work on the education and awareness levels of the market to resolve the situation partly. Going forward, Indian health insurance sector may evolve into a scenario of an independent regulator for health insurance but that will be a function of the growth of the market and the dynamics it entails.

Role of the Regulator

Unlike other Regulatory bodies in most countries, India’s Insurance Sector is both a Regulator and a developer of the market to be called Insurance Regulatory and Development Authority (IRDA). As mentioned above, apart from promoting and developing the market overall including Health Insurance, the Regulator has some concerns that need to be addressed. The examples are :

The Chairman, IRDA, has gone on record to confirm that the Authority is seized of the entire matter and shall implement some of the recommendations of various Committees formed by them earlier and also take up with the Government the issues that need their acceptance and support

Health Insurance has to expand fully with the flexibility suggested and all the players, specially the Private Sector players, have to be totally involved in writing and developing the business with the seriousness it deserves. Personal lines insurance was expected to get a boost after the market was opened to competition, which has not happened.

The level of penetration is skin deep, so to say, and health insurance being an important segment of the Personal lines insurance and there being a vast potentiality of this segment growing exponentially, the new players will have to take a giant step. Dedicated health insures with undivided attention should also hold the sway. Government spending, primary healthcare facilities, has to go up which has started happening. Many State Governments have declared attractive health insurance benefit packages at very low rates for the people coupled with Central Government’s initiatives to launch schemes for BPL classes.

The void between those who are insured and those uninsured/uninsurable has to be filled by a funding scheme as in some countries, to make health insurance an umbrella cover over the entire population. Over a period, however, health maintenance concepts, life style changes and wellness programmes should gain importance in managing health. Health education and disease prevention programmes should be propagated to balance large spending and pave the way for a managed healthcare environment slowly but surely.