India is one of the fastest growing economies of the world and with its consistent and eminent scientific contributions, it is now well recognized as one of the clinical hubs for the global health sector. The country is amongst the top 12 global biotech hot spots and is third largest in the Asia-Pacific region. With an immense growth in medical and healthcare sectors in India, a large number of opportunities are available to thousands of young scientists and trainees. A recent study by Elsevier for the UK’s Department of Business, Innovation and Skills (BIS) shows 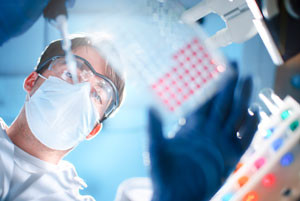 a 14.4 per cent increment in the growth of research articles output in India as compared to other countries. Indian pharmaceutical industry is the major contributor to biotech sectors, with an overall contribution of 75 per cent. Some of the licensed marketing and production healthcare products in India include follicle stimulating hormone, hepatitis- B vaccines, streptokinase, erythropoietin, human growth hormone, blood factor VIII, tissue plasminogen activator, human insulin etc. The involvement of private sectors and collaborations with foreign institutions and organizations like WHO, USA FDA, NIH etc. have strengthened the input as well as output of the Indian research.

Clinical trials are the major contributors of tempting global sponsors to invest and benefit from the trials in India for developing new drugs. Conducting clinical trials is a necessity if we need to avail better treatments  for the diseases, which are still demanding their fate. Even though the medical institutes have the benefit of direct communication and involvement of patients in the trials after their due consent, their economic
infrastructure for research purposes is very weak. On the contrary, the private sector or the drug industries, which are financially equipped to conduct such trials, lack the direct access to the patients for clinical trials. Here the CROs (Clinical/Contract Research Organizations) bridge-in their entrepreneurial support, and provideclinical-trial support for drugs and/ or medical devices. According to the Clinical News, Aug 2012, the market CROs in India is budding at the rate of 11-13 per cent annually and is expected to cross the US$1 billion mark by 2016.

India has a huge population with a large number of genetic, lifestyle, chronic and acute diseases. According to “Indian Healthcare – New Avenues for Growth”, the number of diabetic patients in India are largest in the world after China, and the communicable diseases like malaria  and tuberculosis  re the primary cause of mortality in the country. Moreover, Ayurveda and Unani medicine system are important sectors of India’s healthcare industry. India has well trained medical specialists who are immensely trained in the public medical colleges, which encounter a huge number of patients on daily basis. There are more than 200 medical colleges, 15,622 hospitals and 14,000 diagnostic labs in India from which over 22,000 medical students and 700,000 scientists graduate every year. With such strong infrastructure, India has the capability to excel in medical and healthcare research and is attracting the healthcare industries from around the globe for collaborative input.

The Elsevier study for BIS states that quality concerns, lack of quality infrastructure and consumer confidenceobstruct the growth of India’s  CRO market. Karyn Korieth and Annick Anderson (in the last year’s issue of ‘Center Watch’) detailed the effects of the regulatory environment in India. It was stated that this regulatory environment had hampered globalsponsors and CROs to conduct clinical  trials in India. The number of registered interventional studies in India dropped 25 per cent and the number of investigators came down by nineper cent between 2010 and  2012. The amendments in the rules for testing new drugs, unclear patent policies and delayed approval times have altered the scenario, more favourable towards the other Asian markets like China and South Korea. Many scientific institutes like NIH are backing out from conducting clinical trials in India. Since Novartis lost a Supreme Court patent case for its anti-cancerdrug Glivec earlier this year, most of  the global companies are re-thinking their decision to join hands with India for any scientific collaboration. The Indian government and R&D sector should look into this matter seriously,  otherwise the rising power of India in scientific industry will soon be lost, and it will be a major setback for the efforts of many hard working scientists, and a large number of patients who have contributed for the benefit of the clinical trials.

The contributions of the leading research council, the Indian Council of Medical Research (ICMR) and variousother science agencies have been commendable in the area of stem cell as well as other cell-based therapies. Several such centres have been established during XI Plan, and the ICMR has proposed to have many more stem cell research centres in various parts of the country in its new proposal. The ICMR has proposed several other plans for the benefits of medical and healthcare of the country in its XII plan. Some of the major issues to be taken care of include establishment of advanced centres to accelerate and coordinate research on congenitalbirth defects and related problems, new centres to study cardio vascular disease, diabetes, stroke and muscular dystrophy are also needed. The centre(s) for Muscular Dystrophy is proposed to be set up at Coimbatore, Mumbai and other appropriate locations. A Centre for Advanced Research on Neuro Muscular Disorder is proposed to be established at NIMHANS, Bangalore. The Geriatric mental health departments have been established at CSMU, Lucknow and many such other centres have been proposed in other parts of the country.

In India, very few universities encourage research in biological sciences unlike in western countries where research is given priority at under graduate level. Our greatest challenge in the coming decade will be to tempt scientists working abroad to Indian institutes for the benefit of biotech, medical and healthcare sectors. A recently introduced $120 million collaborative fellowship programme for five years, jointly sponsored by the Wellcome Trust (Great Britain) and the Department of Biotechnology (India), epitomises a significant step for encouraging young scientists working abroad to return to India with a successful careerin hand. Such funding systems should be encouraged in other  medical colleges and healthcare sectors too. By opening of new medical colleges and research oriented institutes, alluring  funds and infrastructure, proper and fair recruitment of scientists on the basis of their credentials in their area of expertise, India has potential to become one of the leading contributors in the scientific world.