Avaya today announced that the Second Hospital of Tianjin Medical University (The hospital) has selected innovative Avaya SDN Fx technologies on which to build its next-generation network platform. The new platform will make management and operation of the whole network easier, and facilitate fast deployment of new medical applications, so that the hospital can continuously enhance its services to patients.

As one of the largest hospitals in the large metropolitan Tianjin city, the hospital has 1,000 hospital beds and treats an average of 3,200 outpatients per day. To accommodate the growing demand on the system, the existing network needed updating to improve reliability and flexibility. In addition, the hospital looked to better support new technologies such as cloud, virtualization and Internet of Things 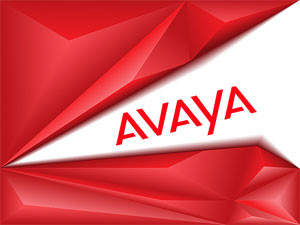 The hospital chose the Avaya SDN Fx architecture, built on the Avaya Fabric Connect networking technology, representing a complete solution that delivers on the promise of SDN, but without the hidden complexity that comes with the towering overlays of software and hardware inherent in many other vendor approaches. With Avaya Fabric Connect the hospital can achieve virtualization of its entire network infrastructure. Availability and reliability of the network is greatly enhanced, as the network has the capability of self-management. Failovers of any network equipment can be fixed in approximately 200 milliseconds, thus eliminating or dramatically reducing impacts to hospital operations.
In the past, deployment of new services used to take weeks or even longer. With the new network architecture, deployment and modification of services will take only a few minutes and can be done at any time on demand, and will take only a few minutes.

Adding and management of Internet of Things devices will be very easy, as Avaya Networking Adapter (ONA) provides a plug-n-play network connection for any device. To deploy new devices, the hospital will only need to connect the device at the edge of the network, without making changes at the core. Doctors, nurses and technicians can quickly connect their devices into the network easily and in a secure way.

The Avaya solutions that the hospital has deployed include Avaya ERS8800, ERS4800 and VSP7000 Ethernet Switches, as well Avaya WLAN9100 for mobile coverage.

“Reliability of the network is critical for us, so that we can provide the best experiences to our patients, and also best support the needs of our doctors and nurses. Avaya SDN Fx not only meets our demands for reliability, management and configuration, it is also very convenient. We can also deploy new applications on demand, such as mobile ward-round, without any concern that this would impact our business operation。”
Zhi Xiang, IT Director of Second Hospital of Tianjin Medical University

“As the use of technology in healthcare institutions has skyrocketed, the underlying network needs to be highly available, resilient and flexible in these extremely critical settings. With SDN Fx, the Second Hospital of Tianjin Medical University is making a significant step to update its operations with an eye to the future. With network automation, wired and wireless integration and connect anything, anywhere simplicity, Avaya SDN Fx is an ideal choice for hospital customers. “
Priyadarshi Mohapatra, Managing Director, India and SAARC, Avaya