Researchers have developed an application that can detect eye diseases like diabetic macular edema.

The app, developed by a team from the Medical and Surgical Centre for Retina in Mexico, uses the camera of the phone to detect any abnormality in the thickness of the retina. 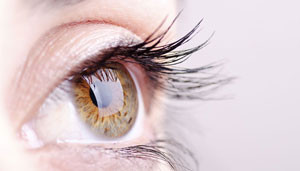 The move is aimed at general physicians who can detect the condition and refer the patient to a specialist.

“The idea is to detect and prevent diseases in general practice. We are not replacing the specialist. We want to know which patients have a disease and make an early detection,” said Dr Juan Carlos Altamirano Vallejo, medical director of the Medical and Surgical Centre for Retina.

The app also has utility in rural communities where expertise areas such as ophthalmology have not arrived yet.

“We need to know who is at risk and needs to go to a specialist,” Vallejo said.

This is another instrument that the doctor can use to help detect a medical problem with the eyes early on, especially if you have diabetes.

Prevention of eye diseases will also cut down on costs, since the doctors can treat an eye problem before it gets to the point of blindness.

For people with diabetes, this app will help them know whether they are suffering with macular degeneration, edema and diabetic retinopathy.

The software, developed in collaboration with biomedical engineers from the Spain-based the Monterrey Institute of Technology and Higher Education (ITESM) has been satisfactory and is expected to soon be marketed and incorporated the basic health system.