HealthSignz Technologies, a Hyderabad-based technology startup, is gearing up to kick-start its operations by beta-launching its health and wellness mobile app in the fourth quarter of the current financial year, according to co-founder and chief executive officer Ch Hanumantha Rao. 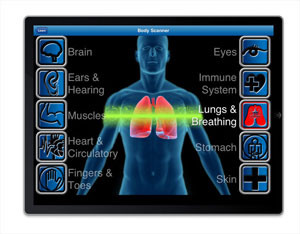 HealthSignz was incorporated in Hyderabad in September 2014, with a technology research and development centre in Bengaluru. The company was co-founded by healthcare expert Dr A Rama Papa Rao, Vinod P Nair, a former NASA scientist with specialisation in artificial intelligence, former IBM and GE associate Hanumantha Rao, and marketing expert Surendranath.

“The development of the free-to-use mobile app, both for Android and iOS platforms, is currently under way.  The idea is to commercialise the app in India by the first quarter of the next financial year, and reach out pan-India over the next two years, before expanding our horizons to the overseas markets,” Hanumantha Rao told mediapersons.

According to Papa Rao, co-founder and chairman of HealthSignz, the company’s strategy is ‘ only mobile’ and the consumer-facing mobile app was built on SMAC (social, mobile, analytics and cloud) and Internet of Things, powered by proprietary healthcare intelligence engines.

“While the mobile app acts as the front-end delivery interface for the consumer to get advice on health and wellness etc, we are in the process of building a team of doctors and domain experts for the same,” he said.

HealthSignz would offer whole body and mind-centric health and wellness care, with the stakeholders at the backend being doctors, hospitals, diagnostics and wellness institutions, pharmacies and FMCG firms, he said, adding the company would open up its API (application programming interface) to developers and its partners.

HealthSignz currently has a team of 60 at its R&D centre in Bengaluru, besides over 20 doctors and domain experts under the time and material (T&M) model.

“We are self-funded and have so far invested $2 million in HealthSignz. We are actively looking at enhancing our team size to 500, including the T&M staff, by April 2016,” co-founder Surendra nath said, adding the company was in talks to raise a Series-A round of funding to fuel its Phase-I launch