It is increasingly been seen as the ideal mechanism to complement the public health system available at the primary care level. 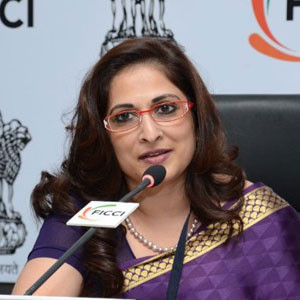 Secondary and tertiary care is sought to be made affordable through insurance pooling. FICCI recently came up with a futuristic paper –‘Health Insurance Vision 2020’ which envisages ~80% coverage by 2020 through the health insurance mode. It emphasizes that UHC, attained through a balanced and integrated approach that combines supply and demand side financing, building upon the existing health system in the country shall ensure continuity of care at optimum cost and efficiency in a sustainable and feasible manner. It also laid out a draft roadmap for progressively move towards this objective.

Clearly India is at an inflexion point wherein the healthcare scenario could see a dramatic and unthinkable change. The advent of Government sponsored Health Insurance Schemes has changed the way and pace of change in the healthcare security scenario in the country. From less than 10% in 2007, insurance now cover 30% of the total population. It has clearly the potential to grow faster and deeper if an enabling environment is developed and political will is forthcoming. However, to fill this gap from 30% today to 80% in 2020 (less than seven years), numerous structural changes including regulatory, legal, product-related, new operating entities,  partnership with providers, universal health coverage have to move in tandem. To understand this, let’s look at the fundamental premise of health insurance business- product, distribution and service/ settlement of claims.

Product: Health insurance product development has traditionally focused on covering inpatient events and even today a significant part of the market comprises such products. This has to change significantly to enable participation of larger pool of beneficiaries and increase the breadth and depth of coverage. Already much exclusion prevalent in the system (coverage to HIV/AIDS patients, senior citizens, pre-existing diseases etc.) have been addressed by the regulator and the industry. This has to further improve to make health insurance products more inclusive. Eventually, health insurance product should be focused on management of health of the policy holders as a long term solution as well as management of demand for health services and health costs. 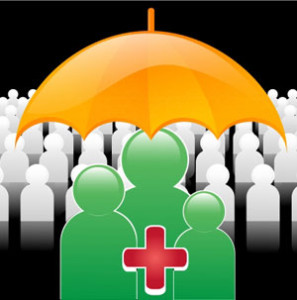 Distribution: most of the trust deficit and miscommunication in the health insurance sector can be addressed through ushering in transparency in the distribution and selling of insurance. Ease and simplicity of the process from point of sale up to claim settlement would draw more people to insurance and help creating a larger pool of beneficiaries. Product features have to be communicated clearly by the various existing and new distribution channels to reduce avoidable complexity. Greater awareness, new distribution channels including the internet and transparent processes will lead to demand pull leading to higher growth of the sector.

Settlement of claims: the regulator and industry bodies have undertaken a lot of ground work in streamlining issues related to settlement of claims by a major push to standardization. The new health insurance regulations (October 2013) is a milestone in this regard. When implemented, this would mean that there is no ambiguity regarding commonly used insurance terms, policy exclusions and meaning of critical illnesses. Standard common pre authorization form and uniform billing and discharge summary formats would mean a lot of transparency and reduced friction between the provider and the payer. Standardization would continue to play an important role in further improving payer-provider relationship and reduce the hassle to the consumer.

Healthcare regulators have also realized the other critical elements of data availability; interoperability and standard costs for completing a conducive healthcare ecosystem. While a system of coding is already prescribed by the insurance regulator, this would be increasingly applicable and acceptable with the introduction of recently notified national electronic health record standards. Seamless data availability would not only help clinicians and patients but also policymakers by development of a national health profile of the population. It would also open the scope for large scale clinical analytics and resultant positive impact in the form of newer insights into individual and societal health.

While it may not appear to an outsider, healthcare sector have seen major positive and transformative reforms in the last three years. We now have a clinical establishments act in place, initiation of development and adoption of standard treatment guidelines and national standards for data capture and sharing. Simultaneously, the government is also working on developing a scientific reimbursement methodology through national costing guidelines. However, the real impact of these reforms would be felt when they are implemented over the next 2-3 years. We will have to deal with a lot of bottlenecks to usher in change. In the midst, insurance has presented itself as a major tool for enhancing affordability of healthcare in the near future. We are in for some exciting times ahead!