The Union Cabinet chaired by the Prime Minister, NarendraModi, today gave its approval for Extension of tenure of the Memorandum of Understanding (MoU) signed between India and the China State Administration of Traditional Chinese Medicine (SATCM) on Cooperation in Traditional Medicine. The MoU had expired on 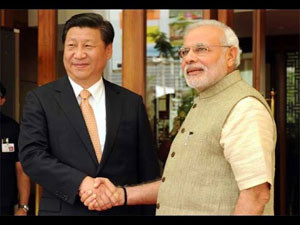 The signing of the proposed MoU, will enhance bilateral cooperation between the two countries in the field of traditional medicine; which will immensely benefit both countries.

Both India and China are blessed with well-developed scientific systems of Traditional Medicine which hold tremendous potential for global health. Recognising this fact, the then Ambassador of India in China requested the Ministry (the then Department) to initiate the MoU for cooperation in Traditional Medicine with SATCM, the organisation directly responsible for regulation of Traditional Chinese Medicine in China. Accordingly, the Ministry of AYUSH (the then Department), as a part of its mandate to propagate Indian systems of Medicine globally had signed a MoU with the SATCM of the People’s Republic of China on 14th January, 2008 during the visit of the then Prime Minister of India to China.

To build on the friendly relationships between the two countries under the present Government, the Ministry of AYUSH has sought to further develop and strengthen cooperation in the field of Traditional Medicine. The recent impetus given to bilateral relations between the two countries, consequent to the visit of the Chinese President to India and the visit of the Indian External Affairs Minister to China, underscore the significance for extension of the MoU for enhancing cooperation in the field of Traditional Medicine.

The Ministry of AYUSH as a part of its mandate to propagate Indian Systems of Medicine globally has taken effective steps by entering into MoUs with the Malaysia; Trinidad & Tobago; Hungary, Bangladesh, Nepal and Mauritius. Another MoU is proposed to be signed with Serbia.