Wearable diagnostic devices form a new breed of diagnostic devices in healthcare.  Patients can track their own conditions.  There are great opportunities for indigenous device manufacturers and system integrators, along with doctors who form the wearable device health 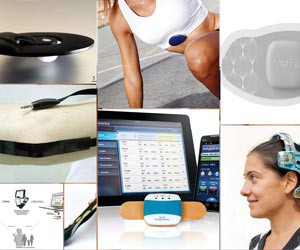 care industry.   Here is a 360 degree perspective of the Wearable Diagnostics Devices ( WDD). Ashok Subramanian   explores the various needs and nuances of project management in a small IT organization.

The biggest advantage cited for development of WDD is that they empower patients to take responsibility for their own health, since their major purpose is to enable self monitoring  of their health condition. They ensure that rather than getting snapshots through point in time diagnostics, doctors can be provided with a steady flow of data on about how their patients are doing.

However, technology apparently, does not have all the solutions. All is not well in this paradise and the early use of WDD”s  has given rise to a  few problems.  The reality is that even if given the tools to track their health, many patients don’ttrack or follow up. On the vendor front, doctors simply don’t have the wherewithal or time to deal with flood of data that WDD”s can provide.

Still, there is value in these applications. As a research by Gartner in 2014 estimates that the market for wearable healthcare was worth $2 billion and expects it to grow 65% annually, to exceed $40 billion in 2020. In India, it is expected to cross $400 million in year 2015. Companies in India like Blaze Corporation, Ingenui Technologies etc., have made devices which are trackable cardiac vital-sign tracking system and a pedometer which is used to record physical activities.

Deepak Chandrasekhar, Director of Blaze Diagnostics, Bangalore, and Mr. Mukund Venugopal, an instrumentation engineer turned entrepreneur, and founder of Ingenui Technologies LLP based in Chennai and the US, share their inputs on how wearable technology is still making headway in the Healthcare diagnostic device market.

At the technology level itself there are few challenges that need to overcome, says Mukund – who now plans to extend his version 2 of the wearable called Ingenui – which is expected to compute directly with established WDD”s

“One of the main criticisms lobbed at wearable technologies today is the fact that many people who buy enthusiastically, especially people with diabetes or cardiac issues don’t continue to use them.  When I was in the US, I learnt that although one in 10 people owned an activity tracker.  But of them only one in two users continued to use.  So gathering data directly from the device stops over a period of time, “  Mukund says. “Abandoning the use of  device prescribed by the doctor could have serious implications —especially if it’s being used to capture important information. For WDD to truly transform healthcare landscape, doctors should institutionalize patients and users stickiness.”  For one of his  products, a cardiac activity tracker, he finds customers feigning ignorance for use.

Deepak Chandrasekhar, who runs a series of diagnostic centers,  had entered into a similar market after developing an android application linked with Samsung devices two years ago. Then he extended his market to other devices, but today, he points out, users may be initially interestedin WDDs,  but interest wanes when each time the device needs to be recharged. “Imagine an activity tracker. Each time the tracker needs to be recharged, the interval between uses gets longer and longer until just lies in the desk drawer,” he observes.

Blaze Corporation’sdisposable device monitors calories spent, activity levels, pedo tracking, and sleep, cadence for up to a month.  Part of the problem, Mukund adds, is that wearables that track biometric data don’t interact with users. One way to avoid indifference and lack of adoption by patients is to make wearable devices that combine the information to provide actionable points to the user.

Blaze Diagnostics has found another solution for this. Instead of single purpose devices he plans to convert them into multi-purpose device.  He expects to assure increased usage, since it can then be used for multiple purposes.

Wearable technology company Ingenui, run by Mukund is trying to combine his activity tracker with alarm clock.  Mukund says Ingenui is also working on a concept of identifying existing watch makers to incorporate his technology that can both play music and measure blood pressure.  “You don’t need to wear a wearable all the time to get important data,” he says.

That’s an idea Blaze Diagnostics also subscribes to. The company launched its first foray into WDD”susing a monitoring tag, which tracks calories burned, activity level, steps taken, and sleep. The device is designed to be worn for a month, even during the activitybut not generally advisable, says Deepak.

Dr Vijay Ramachandran, a Mangalore based General and Laparoscopic Surgeon says, “both doctors and patients don’t want to be overwhelmed with such a large quantity of data. Each doctor sees many patients in a year, and so much data per patient can really take the doctor for a spin”.

This can be changed by increasing the sampling period, which is a good compromise between data continuity and data deluge, says Deepak.  He also shares the concern that Dr Vijay expresses.

For example, if a patient is diagnosed with  high blood pressure, the doctor can advise the patient to return for regular review but ask them take readings of BlazeIAZO360, the device and record.  This can be shown during the check-up trips to the doctor.  The device connects with an online application that manages the captured information and also reminded users to take readings at specific times.

However, doctors like Dr Vijay see this infrequent use of device as a challenge.  So there is an adoption issue here, he admits.  Doctors and WDD makers need to have regular interaction to overcome this barrier.  Deepak has made representation with Samsung teams on this.   This requires creating a large marketing eco-system that system integrators or indigenous makers cannot afford.

Dr. Vijay points out, ”the accuracy and reliability of the data that comes from these devices is a question in their minds.  But we know, we don’t want to beworried about what the patient is worried about, when they share the data from the device they are wearing.  It is both a trust and psychological issue.”

But the overall ecosystem is slowly pushing WDD makers, system integrators and healthcare service providers toward adoption of WDDs, as Deepak points out. “It could would take more time for WDD togain widespread acceptance among providers. Service providers and doctors are expecting fast results and quick resolution to the problem identified.  However, replacing existing arrangements will take more time,” he adds.

And during that time, the medtech industry will need to do some heavy lifting to help wearables live up to their potential. “WDD makers need to invest in results and not just raw data – analytics will be key,” Mukund says. Providing relevant information to not just about patients, but about the effectiveness of WDD devices themselves—will play a key role in determining the success of WDDs as the next generation of healthcare diagnostics devices.

Deepak and Mukund look at their products as progressive answers to healthcare diagnostics, while service providers including doctors seek to identify key patient-doctor relationship and other adoption issues.   The success is going to be slow but the WDD makers seem to be confident.