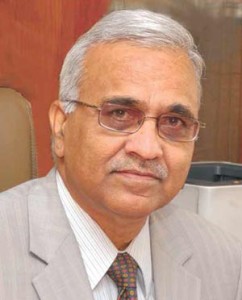 Dr. Girdhar J. Gyani has recently taken over as Director General, Association of Healthcare Providers (India). The Association (AHPI), as conglomeration of entire healthcare providers i.e. hospitals/nursing homes/clinics, diagnostic centres and supporting organizations like, pharmaceutical, medical equipment companies, insurance providers and  others that are accountable to the community, will work closely with the key stake holders i.e. the Government and the Society to realise the Universal Health Coverage. Dr Gyani in conversation with Healthtechnology.in

Could you please elaborate more on Association of Healthcare Providers of India (AHPI)?

The Association of Healthcare India is a recent initiative. It was founded in November 2012. Basically the idea is that the hospitals did not have a pan-India organisation, which can work together and with the government. And, we wanted to work with the government on the universal health coverage and secondly there was also a need to build capacity into the Indian health systems. So with that motive this association have been formed and today we have more than 10,000 hospitals as its members.

Recently IHI entered into an agreement with AHPI. So what benefits are you seeing in the future?

Institute of Healthcare Improvement USA is a premium institute in healthcare quality. They keep on organizing conferences all over the world and they also have an open school programme which have online classes.  These courses has 16 modules and cover courses like medico-legal, patient safety, facility management and many more but the fees of these is very high, though students want to get in roll.

So, we entered into an agreement with the IHI for our students, where students can just pay Rs 3000 and can complete 16 modules in 1 year time. Ideally speaking it can just be covered in 2-3 months’ time but we thought we would be able to provide world class modules to our Indian professionals. We have started our first batch with the 50 students.

What is the total worth of healthcare market in India at present and how fast is it growing?

The worth keeps changing. If you talk to Mackenzie, they will give you one figure and if you talk to KPMG then they will give you another figure. I will put it differently; today the healthcare business would be the largest segment in terms of generating employment. We always have this tendency that healthcare is only a manufacturing sector but it is the largest employment generating body. In terms of social aspect we employee maximum number of female. Healthcare has a huge potential in the time to come and the way healthcare is expanding (why I am saying it is expanding? You already know that the spending in healthcare by the private sector is 80% and in terms of GDP also 1.2/1.3% is coming from the government and the balance out of 5%, 3.9% is coming from the private sector). Huge investment is coming from the private sector and it is increasing with huge potential. Still, the market of tier III and the rural areas is untapped, making health sector one of the biggest market.

According to you what are the major factors that the government needs to improve in the sector significantly?

Government needs to invest more on secondary and tertiary level of healthcare. The government and private sector should be treated together.Simply stating, corporate hospitals are paying electricity tariffs same as shopping malls and cinema halls. Out of four categories, which are agriculture, domestic, industries and commercial, corporate hospitals are bracketed under commercial. We have taken up the matter with various state governments and luckily Karnataka is the first state government to drop down the tariff by 15%. Haryana and Madhya Pradesh have also initiated the matter and we will now take it up with other states as well. Secondly, we don’t have manufacturing units of biomedical treatment like X-ray, cath lab and other major equipment’s. We are still importing them all. Everybody thinks that corporates are charging more, but we have to see that they are providing us with the best care possible. While, they are paying heavy taxes to the government.

Why are corporates not reaching the rural sector and how can they increase their reach?

It’s not true that corporate doesn’t want to go in rural areas. But they need government support to build the infrastructure and provide the best healthcare. Need of the day is that corporate and government should sit together and come up with PPP in their best possible way.

There are many medical professionals who are gem in their arena, giving greatest practices to the patients. They want to offer their support to the rural areas but unfortunately not getting any support from the government. I think, if primary centres would be taken over by private set-up, can bring much changes. By just making rural posting compulsory for the doctors will not gain any momentum.

We have increased number of seats in MBBS but there is hardly few thousands seat in PG. So, there are many concerns for the government to look after, before making best healthcare facilities to reach rural areas.

Generic medicines, another major issue today. What do you think why are there not enough laws to put them in place?

Regulations are always an issue in this country. Drug controller is supposed to regulate the issues. May be they may not have enough man power. Number two they do not have enough technologies to do this surveillance to pick up these samples.Indians are capable of everything but we are of the intentions to look for shortcuts for everything.

But what if I was told there are no short cuts what do you expect me to do? Simply, whatever the regulator wants I will do it. But if I know I can avoid this and if there are shortcuts I will go for it. So, I will blame us and the authorities also. Everything is possible, nothing great about it. There has to be right kind of people, right kind of technology and transparent system. So it can be controlled.

What is the road map ahead for AHPI?

We have two major issues one is advocacy and another is education. We are fighting hard to deliver a universal health coverage. To realize this we need proper guidelines which are realistic and objective, reasonable taxation, and other basic infrastructure like land and machines.

Anything you want to add up.

The issue is re-emphasizing, we have to be realistic about the cost of healthcare, which means cost of safe healthcare. Secondly the government must bring effective and objective regulation, whereby no hospital should be allowed to function unless it is adhering to minimum critical protocol for patient safety.