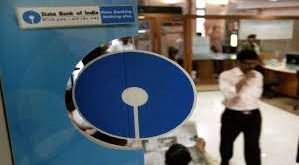 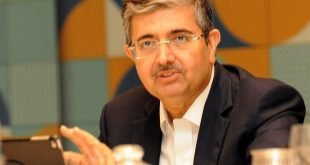 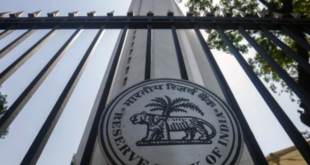 CoinDCX, India’s largest and safest cryptocurrency exchange, has announced that it has secured a US$2.5 million strategic investment led by Polychain Capital with support from Coinbase Ventures, the investment arm of San Francisco-based cryptocurrency giant Coinbase. The investment will reinforce CoinDCX’s efforts to spearhead crypto adoption including the #TryCrypto campaign, one of India’s largest crypto adoption initiatives aimed at bringing the total number of crypto users in India to 50 million.

The announcement of the strategic investment from Polychain Capital and Coinbase Ventures comes at a time of unprecedented growth and record trading volumes for the cryptocurrency industry in India, despite the global economic uncertainty caused by the Covid-19 pandemic. The investment will bolster CoinDCX’s efforts in building a user-focused and secure exchange to support the growing demand for crypto in India, as well as supporting CoinDCX’s INR 100 million (US$1.3 million) #TryCrypto initiative for educational initiatives, meetup events, community engagements, and consumer campaigns. Part of the initiative will include a roll out of Academy, a full-fledged blockchain and cryptocurrency learning program aimed toward first-time and novice cryptocurrency traders.

Sumit Gupta, CEO and Co-founder of CoinDCX, said of the investment: “The recent months have shown that the cryptocurrency industry in India is finally getting the recognition it deserves from global corporations and investors. Our relationship with Polychain Capital goes from strength to strength, reflecting our great partnership with the Polychain team. We are also excited to add Coinbase Ventures as an investor; Coinbase’s vision and successful efforts for global cryptocurrency adoption have been admirable and mirrors CoinDCX’s dream for a DeFi future. This new strategic investment into CoinDCX is a shot of confidence in our roadmap toward bringing the crypto asset class to a largely untapped Indian market. We look forward to our investors’ continued counsel in building the most trusted and safe exchange for our users.”

Olaf Carlson-Wee, Founder of Polychain Capital said: “We have worked closely with CoinDCX from an early stage, and have continued to be impressed by the team and vision. Their thoughtful insights into the Indian market as well as their long-term product roadmap have strengthened our belief in the potential of the business. We are thrilled to continue to support the team’s vision and to provide our deep expertise in growing some of the most successful crypto projects in the world.”

“As one of the earliest cryptocurrency exchanges in the world, Coinbase has been a pioneer in providing a safe and secure platform for those looking to enter the cryptocurrency market,” said Shan Aggarwal, Head of Coinbase Ventures. “In working with Sumit, Neeraj, and their team at CoinDCX, we see a team that shares our approach of building trust with their customers. As India continues to close the gap between the cryptoeconomy and the mainstream market, CoinDCX is strongly positioned to become the leading platform that consumers in the country interact with crypto through.”

Following the lifting of an industry-wide banking ban by the Reserve Bank of India in February, the CoinDCX witnessed 10x growth in sign-ups in one week, 47% growth in trading volumes, 150% growth in daily active users in March alone, and was the first cryptocurrency exchange in India to integrate bank account transfers on its exchange.

Previous How Technology is Reshaping Insurance Sales Market?
Next COVID-19: Role of Technology in Mitigating NPA & Challenges of NBFCs.