The Delhi-based Indian digital payment firm, Paytm reportedly announced on 25th of November, 2019 that the digital payment processor backed by SoftBank had raise a heavy up-sum in a new funding from multiple investors ranging from an already existing stakeholder SoftBank’s Vision Fund to China’s Ant Financial services, whereas the fundraising campaign had estimated the Indian leading online payment processor approximately at $16 billion.

Above all of this, though Paytm had not disclosed the financial terms of the deal still sources suggest that the Noida-based Fin-tech firm had managed to raise as little as $1 billion in its latest fundraising campaign.

Apart from this Paytm has also reportedly added that it is working towards the expansion of insurance, lending and stockbroking and planning to invest about $1.4 billion (INR 100 billion) by the next three years in a bid in order to bring in more users.

Amid mounting losses due to the growing competition in the online payments sector with no clear source of growth in the revenue, the fund raising by Paytm had been in talks since the beginning of this year. According to the figures shown by the Reserve bank of India, India witnessed the raise in the digital payments more than five times since 2015 to 22.4 transaction per individual in the year ended March 31st.

Paytm is trapped in a market share battle for digital payments with PhonPe and Google Pay. The UPI transactions have made once the market leader- Paytm fall behind.

Paytm is trying its level best to turn into a comprehensive financial service firm so that the margins can be improved but has intensely struggled to expand its payments bank and other businesses. According to sources Japan’s SoftBank is suggesting Paytm to arrange new revenue streams and accelerate its spending cut.

According to reports, Paytm had received its last funds amounting $300 million from Warren Buffett’s Berkshire Hathaway in September 2018, valuing the firm at $10 billion. This is reportedly the first major investment round since then. Nevertheless, this year has witnessed the company cashing out employee stock options at a $16 billion valuation.

Efforts of fundraising began earlier this year in order to raise close to $2 billion but the size of the round got trimmed in between the intense competition and huge losses in the digital payments segment. PhonePe which is Walmart-owned has been planning to emerge as a separate entity and raise external capital, but it hasn’t closed a round yet. 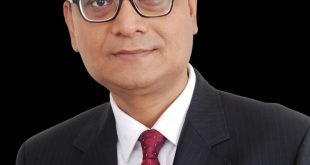