Riot Blockchain, a Publicly traded company based in the United states has filed with the Securities and Exchange Commission (SEC) in order to launch a cryptocurrency exchange which is newly regulated called RiotX in the United States by the end of Q2 2019. The documents got published by the regulator on March 14.

In the filing it has been declared by the company that the new exchange would be operated by its subsidiary RiotX Holdings Inc. Furthermore, the Application Programming Interface (API) created by SynapseFi, a software company will be handling the exchange’s banking services.

In order to prevent fraudulent use of the service the API is planned to serve as a security enhancement by tracking user location. Improper use for instance would include the use of exchange in the U.S member states specially Hawaii and Wyoming.

The users of RiotX will get to create accounts which will be connected to accredited banking institutions in the U.S. and both hold and transfer cryptocurrencies and fiat. For each filing, the exchange will be collaborating with exchange software provider Shift Markets.

According to a news in August last year, the SEC had investigated Blockchain Riot, a cryptomining firm intensely which came first into the attention of the regulator in April 2018.

The request of SEC’s investigation and subpoena information started after the Riot Blockchain changed its name to include Blockchain at the peak of industry hype and had a shift of focus from biotechnology to mining. The fact that firms which changed their name to include blockchain would eventually face increased scrutiny was previously noted by the regulator.

A dedicate analysis by Cointelegraph showcases details of a similar example. Long Blockchain Corp.had a different name initially and it used to be known as Long Island Iced Tea before. It was a publicly traded company that moved from the business of beverage production to mining. As of March, beginning, Long Blockchain corp. eventually ended up selling their beverage business, more than a year after their name change.

Previous Committee Report on issues related to Fintech will be out soon
Next A Blockchain Product by Intain Fintech is on its way! 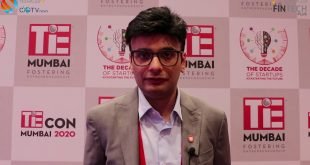